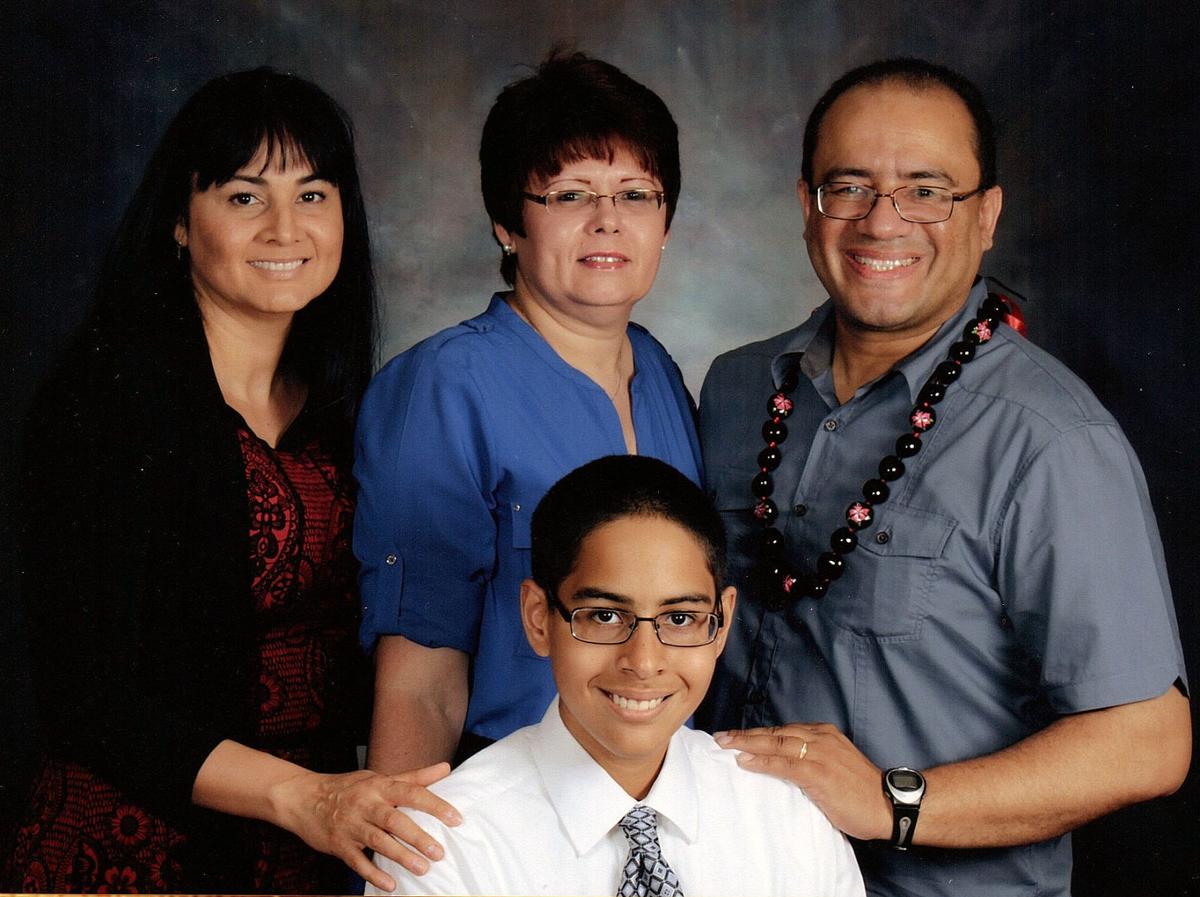 Grace Brethren Christian High School graduate Ryan Matos had a very special cheering section as he crossed the stage May 27 to receive his diploma.

Matos is the son of Navy Chief Intelligence Specialist Marilyn Perez Colombani, who has deployed five times in her 16-year career with the Navy.

Colombani’s sister, Sandra, and brother-in-law Wilfredo Mendoza, an analyst at Naval Surface Warfare Center Indian Head Explosive Ordnance Division Technology Division (NSWC IHEODTD), have lived in the area since 1991 and have played a very important role in Matos’ life since he was nine months old.

Matos was born in 1998 and Colombani joined the Navy in 1999. The Mendozas have provided care and acted as surrogate parents during the times that Colombani was deployed and had to be away from her son.