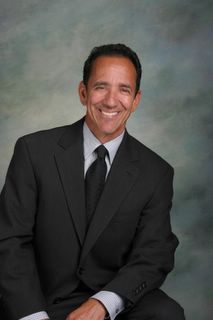 Huson was appointed as President of SDCC in May, succeeding former president and Grace Seminary alumnus David Jeremiah, who now serves as SDCC’s Chancellor.

While interested in developing the athletic programs at SDCC, Huson will focus his attention on academic excellence and ministry and continue the school’s mission to provide rigorous and biblically-based education.

Huson received his master’s in Education at Azusa Pacific University and a Ph.D. in Intercultural Studies at Biola University. Huson continued his career with thirteen years at Biola University, where he was involved in teaching, coaching baseball, and developing the Department of Church Relations.

Huson is no stranger, however, to SDCC. A graduate of the class of 1979, Huson returned to SDCC after his work at Biola to serve as a teacher, coach, and executive vice president of the college.

SDCC was established in 1970 and is affiliated with the Southern Baptist Convention. The college currently enrolls about 650 students and offers bachelor’s degrees in fifteen programs, including biblical studies, business, music, psychology, and aviation.