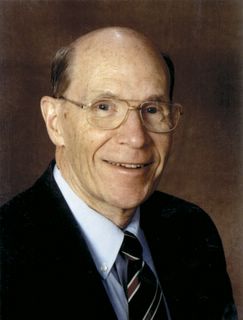 Holiness in the 21st Century is the theme of the discipleship conference to be held at the Grace Brethren Church of Columbus, Ohio, on February 17-18, 2006. Keynote speakers Jerry Bridges (pictured) and Mark Dever will lead conference participants in understanding the concept of biblical holiness and illustrate how to live holy lives while being bombarded with opposing cultural principles.

Attendees at the conference will learn how to pursue holiness and live as authentic Christians in the culture where God places them. Fellowship with other believers who desire to build their faith will also add to the conference experience.

Conference sessions will be held at the church’s Westerville campus, located at 8225 Worthington-Galena Road. They begin at 7 p.m., Friday, February 17 and conclude at 5 p.m., Saturday, February 18. The cost is $50, which includes lunch on Saturday. The fee for college students is $25.

Bridges, a well-known Christian writer and conference speaker, is best known for his book, The Pursuit of Holiness. In addition to his writing ministry, Bridges also serves as a guest lecturer at several seminaries and speaks at numerous conferences and retreats in the U.S. and overseas. He has been on the staff of The Navigators since 1955 and currently serves as a resource person to The Navigators University Students Ministry in the United States. He received an honorary Doctor of Divinity degree from Westminster Theological Seminary. He and his wife Jane live in Colorado Springs, Col. Bridges has written the foreword to BMH Books’ soon-to-appear title Walking Like Jesus Did by Dr. Larry E. McCall.

Dever serves as the senior pastor of Capitol Hill Baptist Church in Washington, D.C. A Duke University graduate, Mark holds a M.Div. from Gordon-Conwell Theological Seminary, a Th.M. from The Southern Baptist Theological Seminary and a Ph.D. in ecclesiastical theology from Cambridge University. He is the executive director of 9Marks Ministries and has taught in various seminaries. He has authored several books and articles, including four editions of a booklet entitled Nine Marks of a Healthy Church (Center for Church Reform, now 9Marks Ministries, 1997, 1998, 2000, 2001), and a full-length book of the same title (Crossway Books, 2000, 2004). He and his wife Connie live and minister with their son, Nathan, on Capitol Hill in Washington, D.C.