Yesterday’s Chicago Tribune includes a story about Harold Jones-Quartey, a safety for the Chicago Bears and a product of Crusader Football, an athletic club program with roots in Grace Polaris Church, a Grace Brethren congregation on the north side of Columbus, Ohio (Mike Yoder, lead pastor). (See Crusader Football Seeks to ‘Honor Jesus.’) A portion of the story appears below. Click here for the complete article.

Inside the extraordinary odyssey of Bears safety Harold Jones-Quartey 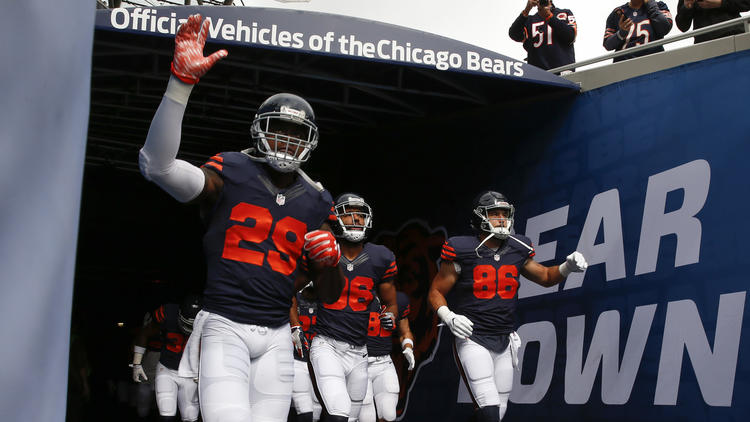 That was often the reward, the gold medal dangled by his dad for the races held so many mornings at his grandmother’s compound in West Africa.

Down the driveway to the front gate. Harold versus his older brother Danny. Cutthroat every time.

And those M&M’s, even with just one bag and only 10 or 11 peanuts inside, offered incentive.

“In Ghana,” Jones-Quartey said, “that is like a treasure.” …

When Harold was 9, his mother returned to Ghana to bring him and Danny to the U.S. … Once settled in Ohio, Jones-Quartey’s enjoyment of soccer quickly transformed into an intense obsession with football. He loved the game the first time he played it, when his cousin told him that the guy with the ball was fair game.

Jones-Quartey remembers his admiration for Panthers receiver Steve Smith, a 5-foot-9, 185-pound stick of dynamite who seemed to have his wick crackling every play. Something about Smith’s fearless edge felt familiar, the kind of tenacity Jones-Quartey exhibited through his first two high school seasons at Westerville South in Columbus.

But when Jones-Quartey’s stepdad left unannounced and his family was forced to move to make ends meet, his mother enrolled him at Horizon Science Academy.

It was a vexing diversion given the school didn’t have a football program. Yet against his mother’s wishes, Jones-Quartey continued pursuing his passion and joined the Columbus Crusaders, a club team that drew players from all over.

Jones-Quartey remembers the bus rides. Multiple transfers. Sometimes more than an hour one way. Then a half-mile run. All just to get to practice.

Brian Stier, the Crusaders coach, quickly saw Jones-Quartey’s dynamic playmaking ability as a receiver and return man. Equally impressive, though, was his commitment — to be at every practice, to better understand the game, to pursue his dream.

And even after Division I schools didn’t come swooning, Jones-Quartey strengthened his belief that his scholarship to Findlay would become his springboard.

Said Stier: “I think the hand of God has been working through all this. … But along with that, Harold has this heightened level of confidence in who he is and saw a path where others wouldn’t have.

“We talked about it. They’ll find you in the NFL if you’re good enough.”