Coming Together to Pray

The week leading up to Easter is often referred to as “Holy Week.” During this time, many Christians around the world prepare their hearts to remember and celebrate Christ’s death and resurrection through elements of worship, communion, and prayer. As many churches are gearing up for one of the biggest Sundays of the year, we find them joining together in prayer just as Jesus did. During the final hours of His life, Jesus withdrew to pray as He had done many times before during his ministry on earth. Although Jesus was God in the flesh, He still knew the importance of coming to His Father in Heaven through prayer even when faced with death on a cross. 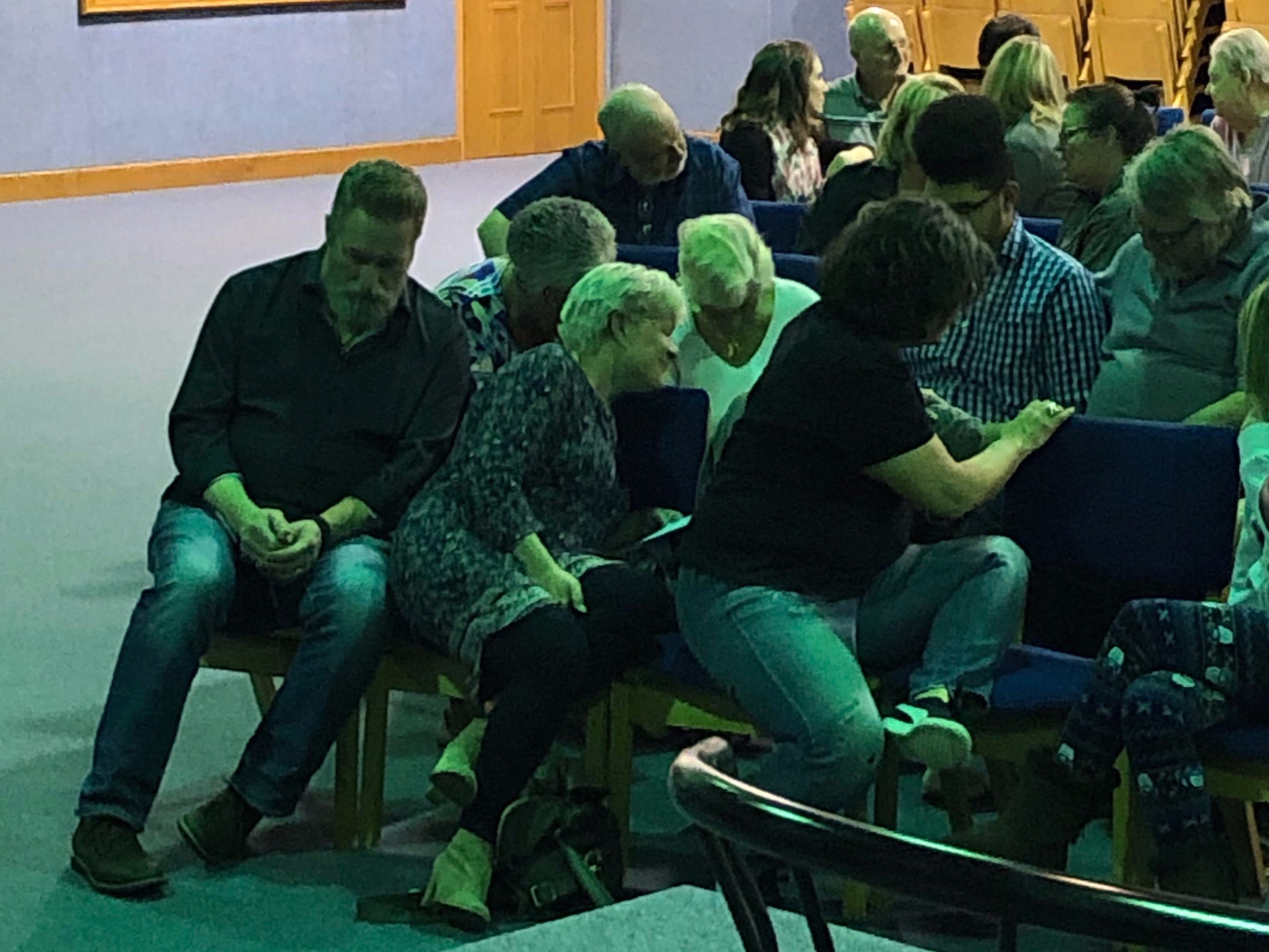 Grace Church of Lexington, Ohio (Nathaniel Foote, lead pastor) is one of the many churches who gathered together to pray for their community last week during an event called, “The March of Prayer.” The March of Prayer began as churches across Richland County (Ohio) hosted a night to pray during the month of March. As the event gained popularity and more churches became interested, the March of Prayer officially extended into the month of April. Grace Church of Lexington hosted night 41 last week on Wednesday, April 10. Including members of their own congregation, they saw nearly 80 people in attendance. Through guided prayer topics, attendees first took time to pray individually and then proceeded to break into groups to pray for their families, neighborhoods, area churches, cities, country, and finally missionaries. The 11-piece worship band, led by worship director, Andrew Pugh, chose songs that were tailored to the prayer themes to help the attendees focus on praying for the world as a whole.

The March of Prayer will have consisted of 50 local churches in Richland County at the time of conclusion and will have met for a total of 100 hours. Grace Church of Lexington hopes to partner with some of these local churches for a night of worship. The night of worship will be organized by Andrew Pugh and will be held on November 1 at Freedom Ridge Church (2200 Bedford Blvd., Ontario, Ohio 44906) at 7:00 p.m.

The March of Prayer will conclude on Easter Sunday and is a picture of Christ’s church coming together, regardless of style or size, to pray for and minister to the world that Jesus died for.

[Connect] See more pictures from the March of Prayer at Grace Church of Lexington on Facebook and Instagram.