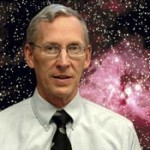 Maintaining a healthy environment makes good practical sense. Impure drinking water leads to sickness, and air pollution endangers our very breath. Unfortunately, the topic of environmental concern is often hijacked by radical, militant groups that we rightfully avoid. Others idolize and worship Mother Nature instead of the Creator. The very word environmentalism raises a red flag for many of us. There is some risk in addressing this topic!

Perhaps we should rephrase environmental concern as Earth stewardship, a softer and more acceptable term for the care of creation. Beyond healthy water and air, let’s consider five additional reasons for positive thinking about our responsibility as stewards of this created world. A true appreciation of our world comes from Bible instruction.

Genesis 1:28 gives the initial command from God for mankind to fill the earth and subdue it. The first part, filling the Earth with people, may be the only biblical command where mankind has succeeded. Meanwhile, subdue is a strong word which is used elsewhere in scripture for the conquering of enemies. Even the Hebrew word equivalent, kabash, sounds forceful. However, subduing the Earth surely does not imply a free license to litter the landscape or mistreat creation. Instead, the command implies our responsibility to manage the Earth as stewards or caretakers. This includes understanding our world (science!) and wisely using the Earth’s resources provided for us.

The word stewardship may remind us of the parable of the wise steward in Luke 12:42-44. In this story a landowner goes away on a journey, and his manager is given charge of the owner’s property and servants. Not knowing the length of the trip, the manager faithfully cares for the estate until the day the master returns. In a somewhat similar fashion, have we not been put in charge of managing God’s world until his return? Psalm 8:6 explains that during this age, God has made mankind the rulers over all his works.

God has not left us on our own to wonder about the details of Earth stewardship. Many Scripture references offer a virtual “user’s manual” for the Earth including from the Old Testament. For example, a seventh-year sabbatical rest is described as beneficial for farmland, poor people, and even for wildlife (Exodus 23:10-11). This concept of a sabbatical rest is sometimes extended today to teachers, pastors, and others who could benefit from a time of rest and renewal.

A second “user’s manual” idea involves the practical value of trees. The importance of preserving food-bearing trees is emphasized, even during a destructive time of warfare (Deut. 20:19-20). One further example of instruction in Earth care concerns the value of bird communities. Deuteronomy 22:6-7 describes the need for nourishment while someone is on a journey. If they come upon a bird’s nest, permission is given to take the eggs or the young for food, but the parent birds should be left unharmed. The idea is to spare the adults, so they may reproduce another day and continue the bird lineage. This passage speaks to sustaining the overall health of nature. And thank you Lord for the convenience of roadside restaurants instead of bird nests when we travel!

Following the biblical command to respect Creation, a second reason for Creation stewardship concerns the many lessons we learn about God’s character. Just look around: a colorful rainbow reminds us of God’s promise to Noah of no further global food (Genesis 8:13-17). Also, the sun, moon, and stars declare the glory of God and the supernatural works of His hands (Psalm 19:1). On this topic of space, every new satellite and telescope reveals additional details of God’s glory in the heavens. And concerning the stewardship idea, clear unpolluted skies are needed for us to fully enjoy God’s handiwork above.

Godly instruction from creation continues on a small scale. A tiny sparrow illustrates God’s infinite care for detail (Matt. 10:29). Bird watchers often rise early and travel widely to keep bird counts; however, God keeps count of them, all the time. Consider also a wildflower which displays majesty far beyond our creative abilities (Luke 12:27).

Even the ants get a special mention in Scripture, honored for their example of ambition and long-range planning (Prov. 6:6-8). The fossil record indicates that the majority of plants and animals have gone extinct over the few thousand years of history since Creation. Examples include the dinosaurs, the marine and flying reptiles, and more recently in North America, the passenger pigeon. What lessons have been lost to us by the extinction of so much life? There are all the more reason to treasure the living things still around us. By the way, there will be a future opportunity to enjoy the full majesty of the original Creation for God promises to make all things new in the renewed heavens and earth (Rev. 21:5).

Our third reason for Earth stewardship is on the real-world everyday level. A popular current term in science is biomimicry. This word comes from the discovery in nature of nearly-endless ideas for new inventions, improved products, and solutions to technical problems. Inventors and engineers today increasingly look to nature for their inspiration. Many examples come from vegetation. These include Velcro, based on the stickiness of cocklebur seeds; fiber optics, found existing in plants such as corn; and solar panels, which absorb sunlight similar to plant leaves.

A further example of biomimicry concerns the safety of birds. It is noticed that birds avoid getting tangled in spider webs, which would be a problem for both creatures. One intriguing reason is that many spiders coat their webs with a film of material which reflects ultraviolet light, or UV. Birds can see this light although our eyes are not sensitive to UV. A spider web which may appear largely invisible to us is “lit up” and obvious as seen by birds. This discovery is being applied to large office windows for the protection of birds. The windows are coated with strips of UV- reflecting film similar to a spider web. The windows appear clear to people; however, birds see the web design and avoid flying into the glass. In this biomimicry example, one might say that spiders are instructing us in how to protect birds from injury.

When practical ideas are discovered in nature, the usual explanation is that evolution has fine-tuned such abilities over millions of years of trial and error by way of mutations and natural selection. However, aside from challenging mutations and the long time-scale, some of the most intricate designs found already present in the earliest fossil record. It appears that countless practical ideas are embedded in nature by the Creator for our eventual discovery and application. is suggests a new approach to science, that is, searching out the secrets put in place for our benefit. Job 12:8 challenges us to “speak to the earth,” and it will teach us, and so it does.

The fourth stewardship reason is that just as God values his world, so should we who are created in his image. God’s favorable attitude toward the works of his Creation is illustrated in Job 38-39. God speaks to Job and describes a wide variety of animals, some living far beyond the sight of people. This biblical “zoo” includes the deer, donkey, eagle, lion, hawk, horse, mountain goat, ostrich, raven, stork, and wild ox.

Also pictured in the Job passage are physical Earth features including springs beneath the sea, bolts of lightning, remote deserts, and also the Pleiades and Orion star groups. God takes pleasure in the details of his creation, even in the secret places beyond our reach.

As stewards of the Earth, it is a privilege for us to organize, study, and understand earth’s details. Aside from the formal science classroom or laboratory, here is a proactive suggestion for all ages: choose a part of creation for detailed study. That is, make nature a hobby in a particular area of interest. Learn to identify birds, or study clouds, flowers, insects, rocks and minerals, stars, or trees. What might it be: birds or butterflies? The point is that the more we learn about any aspect of creation, the more we can relate to God’s heart for nature as revealed in Job 38-39.

The World is Not Ours

The fifth and final reason for Creation stewardship is simply that the world does not belong to us. Psalm 24:1 (NIV 1984) states, “The earth is the Lord’s and everything in it.” Also, as the hymn title proclaims, This is my Father’s World, composed by Maltbie Babcock in 1901. It is a grand privilege and responsibility to be stewards or caretakers of God’s property.

Valid objections can be raised against an over-emphasis on Earth stewardship. For some people, environmentalism may lead to pantheism or giving the Creation itself priority over the Creator. We also know that this present world is headed for complete renewal in God’s timing. And given the infinite price that Christ paid for our salvation, people certainly are more important in God’s sight than the material parts of creation. Yes, this present world is fallen and temporary; however, it continues to proclaim the amazing artwork of its Maker. Let us be good stewards until the Lord returns. — by Don DeYoung

Dr. Don B. DeYoung has been a faculty member at Grace College, Winona Lake, Ind., since 1972. Don speaks on Creation topics and believes that the details of nature are a powerful testimony to the Creator’s care for mankind. Learn more about his research at DiscoveryofDesign.com.