Southern Charm Has Become A Comfort 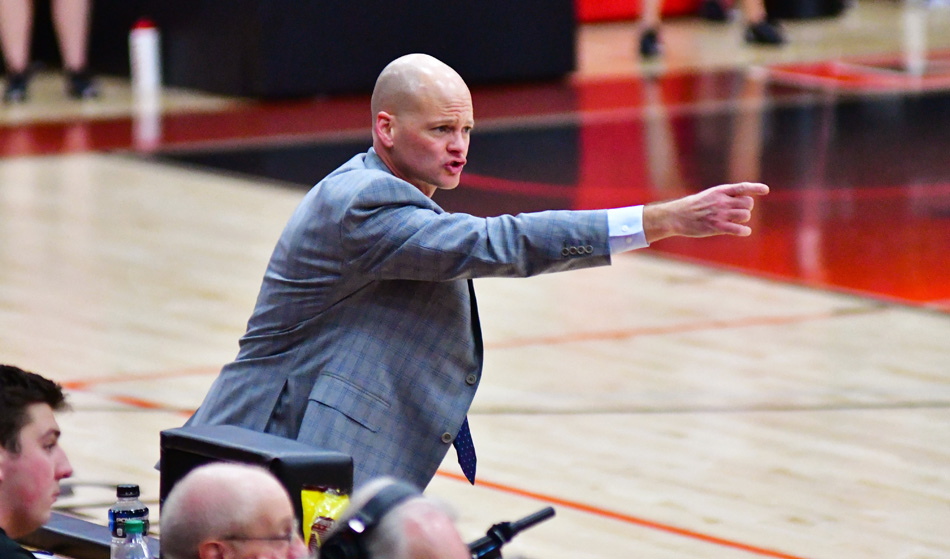 It’s been documented in his first season that Grace women’s basketball coach Dan Davis is a bundle of energy. His attitude, his southern charm, all that comes with the idea, has been a breath of fresh air in the women’s program. But that all won’t matter much in the short term if Grace doesn’t reach the goals it has set for itself in the coming days of the NCCAA National Championships.

As host of the tournament, Grace got the automatic bid, but Davis is adamant his team wasn’t just handed the bid and its No. 5 seed. He has a point. His team played in 14 contests featuring an opponent ranked in some fashion, and despite a 2-12 mark against those teams, those two wins came in February. For a team that has played a brutal schedule which included a road trip to Arizona in December, Davis got a trial by fire to the way of the land in the Crossroads League. The rallying cry now is use what has been learned and get three wins this week.

“For us, we have to finish strong,” Davis said. “We had a nice stretch in the season where we went 6-2 after a toss loss to Taylor before we hit the conference tournament, and then took Wesleyan to overtime. I like how we are playing, and feel like we are playing our best ball of the year.”