Here is an interesting historical linkage. Back in 1991 and 1992, Olympic decathlon star Dave Johnson (does anybody remember the Dave-Dan rivalry?) was a strong Christian who attended the LaVerne, California, Grace Brethren Church and was coached by Terry Franson, who was from that church.

Liz Cutler (now Liz Cutler Gates) wrote an article for the October 15, 1992, Brethren Missionary Herald magazine on Franson with a sidebar testimony from bronze medalist Johnson which may be seen, via the Brethren Digitalization Project, at: 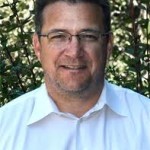 Now, 20 years later, Johnson is on the athletic staff of Corban University in Salem, Oregon, and he reflects on his experience 20 years ago and comments on the London Olympics’ contenders from the U.S. in the Decathlon.

Incidentally, Ashton Eaton DID win the gold in decathlon in London, beating fellow American Trey Hardee by 198 points. It was the first time Americans have finished 1-2 since 1956. 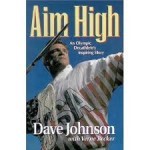