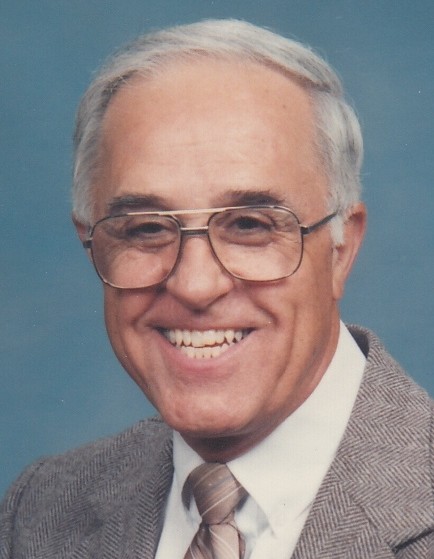 He was born on September 14, 1928, in Waterloo, Lauderdale County, Ala. to Addie Lee (Murphy) Melton and Arthur Melton. He was a 1946 graduate of Waterloo High School and at the young age of 21, on July 29, 1950, he married Beverly Anne Aughinbaugh in South Bend, Ind. They weren’t married very long when Dewey enlisted in the United States Army on December 6, 1951, and proudly served in Korea. He received the Korean Service Medal, three bronze stars, and the National Defense Service Medal for his service and was honorably discharged on December 5, 1954. He was one of the lucky men that returned home and he was able to raise two sons and share 68 years of marriage with Beverly. They shared many good times before she passed away on August 24, 2018.

Dewey worked for Simon Brothers from 1947-1972 as their institutional food salesman, and ended his working career working at Grace College and Seminary from 1972 until he retired in 1989. He was the field representative and financial planner for Grace as well as the Director of Supporting Services.

Dewey had been a resident of Kosciusko County, Ind. for the past 46 years where he was a member of Winona Lake Grace Brethren Church where for many years he enjoyed the fellowship with his church family. He was a loving husband, father, and grandfather and will be dearly missed.

Visitation will be held prior to his service from 12:00 – 1:45 p.m. on Friday, October 23, 2020, at Redpath-Fruth Funeral Home, 225 Argonne Road, Warsaw, Ind., and Dewey’s life will be celebrated with a graveside service at 2:00 p.m. at Oakwood Cemetery of Warsaw and officiated by Chaplain Bryan Benjamin. Military rites will be conducted by members of the American Legion Post #49, V.F.W. #1126 both of Warsaw, and active duty members of the Army Honor Guard.