Dick’s Dream of An African University Gets Boost

Earlier this summer, GraceConnect.us shared an article about Warren Dick’s dream to build a university in Africa. (See Wooster’s Warren Dick is Following a Dream.) His vision has been caught on and members of the Wooster, Ohio, community are helping him further that dream. (Warren is a member of Grace Church, a Grace Brethren congregation in Wooster, Nick Cleveland, senior pastor, where he currently serves as moderator of their board.) Below is a portion of a story from the Wooster Daily Record. Click here to read the complete article. 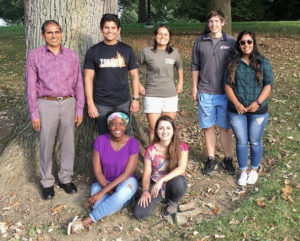 Helping retired OARDC soil scientist Warren Dick realize his dream of building a university in Ethiopia are members of the campus community.

It all started with one man and a dream.

More than 40 years ago, Warren Dick was a chemistry major with plans for a career in medicine.

Dick, a self-described “farm boy from North Dakota,” decided he could help more people through agriculture. He became a soil scientist and worked at the Ohio Agricultural Research and Development Center for 37 years.

And he started to think that maybe, just maybe, he could establish a university in Africa, where Africans could learn how to farm for themselves and then share that knowledge with their fellow Africans. At first, Dick considered southern Sudan as a potential location.

But in 2010, he took a trip to Ethiopia, just to watch and learn. Shortly thereafter, a friend and business associate slipped Dick an envelope with $25,000 in it. “He did it totally on faith,” Dick said. “I really had nothing going.”

The Bethel Environmental and Agricultural University and Training Center will come to life on more than 30 acres in Waliso, a few hours southwest of the Ethiopian capital of Addis Ababa. Seventy percent of the purchase price of $250,000 has been raised, Dick said.

While Dick has the vision and the full support of the Ethiopian government, he admitted, “I’m probably the world’s worst fundraiser.” The money collected so far has come from family, friends and contacts in the business and educational fields.