Digitalization of Brethren Periodicals Is A Possibility 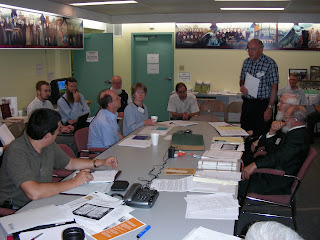 Representatives of various groups that trace their heritage to 1708 and Alexander Mack met on Monday, September 24 to discuss the digitalization of Brethren publications.

Meeting at the Brethren Heritage Center in Brookville, Ohio, the group discussed the options for preserving the content of the various publications and talked with several venders who could assist with the project. There are more than 30 periodicals on the list, including the Brethren Missionary Herald magazine, FGBC World, Grace Magazine, and Grace Theological Journal.

The group is continuing to assess the scope of the project and will be be meeting in early 2008 to determine costs and involvement by the various groups.