The Pittsburgh-area community where little Aiden Katip lived and died came around his family over the weekend with a spaghetti dinner fundraiser. WPXI, who reported on the the fire that took Aiden’s life, shared the story. Aiden’s grandfather, Dr. Bill Katip, president of Grace College, is quoted. A portion of the story appears below. Click here to read the complete article and view the story as it was broadcast. 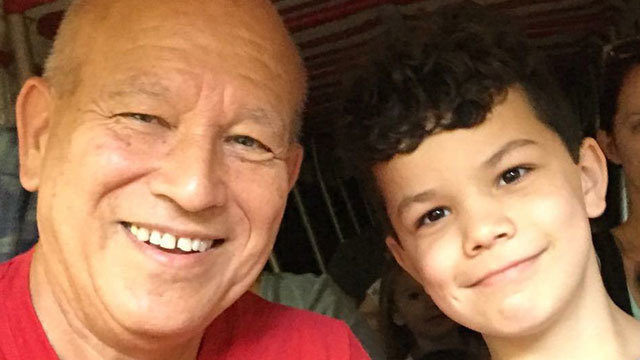 Dr. Bill Katip and his grandson, Aiden, who died in a fire last month.

There was an outpouring of love for the family of a little boy who died when his house caught on fire in Carrick in February.

After losing an important part of their family, Carrick High School hosted a Spaghetti Dinner Fundraiser to benefit the family of Aiden Katip.

Aiden, 9, was one of seven people trapped inside a Westmont Avenue home when it went up in flames.

Although Aiden had no burns, he inhaled an excessive amount of smoke, causing his heart to stop for 30 minutes and sending him into a coma. Not long after, Aiden died.

Click here to read the complete article and view the story as it was broadcast.