Uprooted trees, downed power lines, crushed cars, and shattered homes made up the scene that greeted volunteers in Bowling Green, Ky., in late December. A few weeks prior, western Kentucky was devastated by an EF 4 tornado that ripped across the region with winds up to 190 mph. 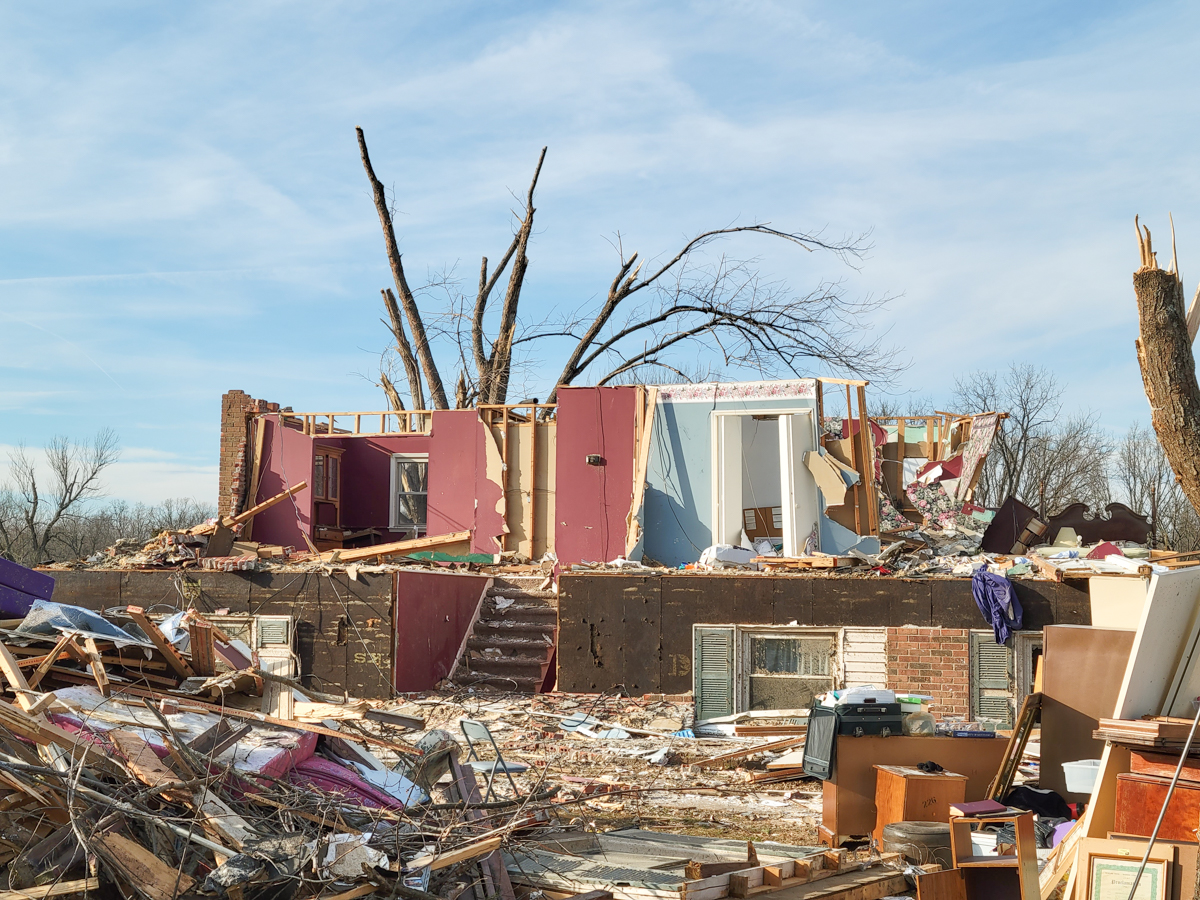 Encompass organized their clean-up efforts into four, week-long opportunities, and men and women from all over the Charis Fellowship volunteered. The groups tarped roofs, removed trees and limbs, and canvased neighborhoods to assess needs. 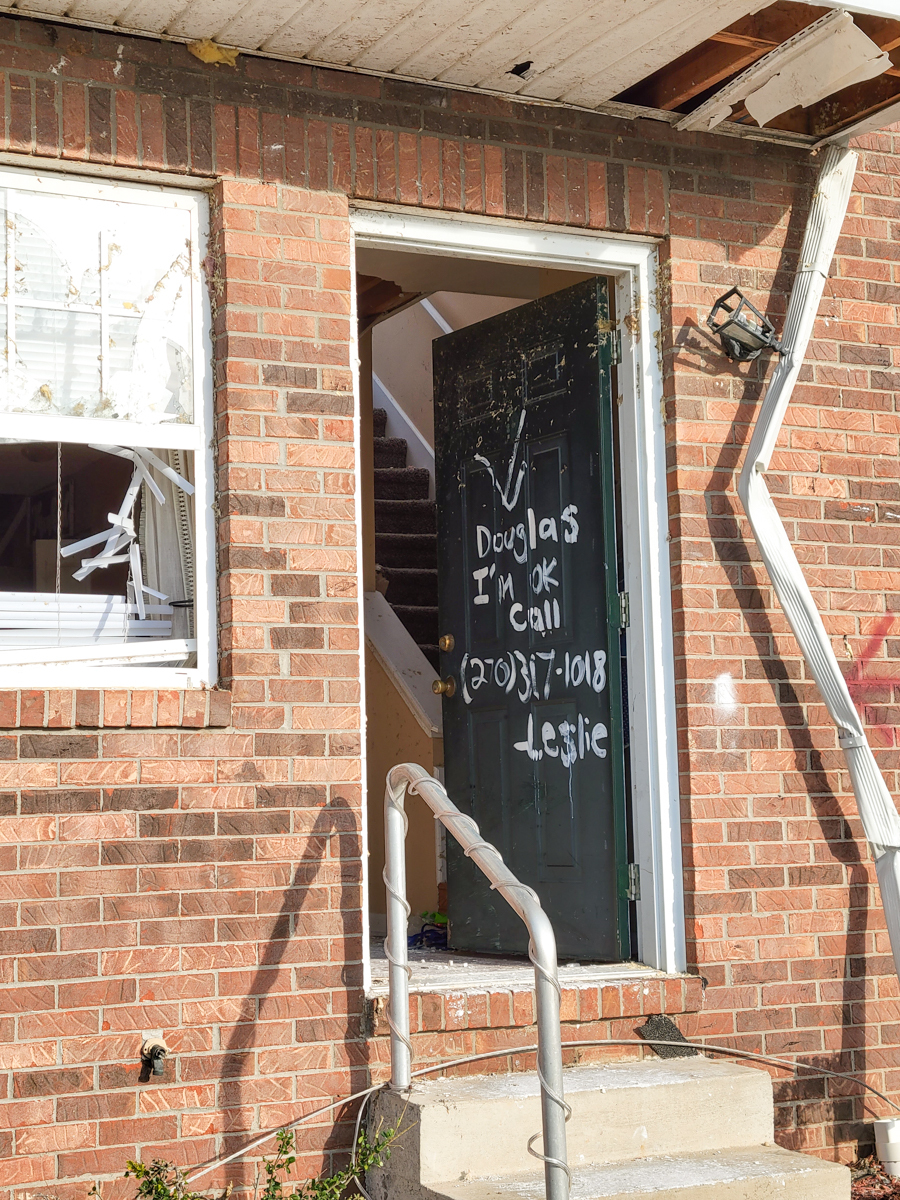 Mitch Bischoff, a contractor by trade and attender of Grace Church of Greater Akron – Norton Campus (Dan Gregory, campus pastor), spent 11 days in Kentucky serving with two different teams. He admitted the devastation was shocking. One particular sight that struck him was a house with a message spray painted on the front door: “Douglas I am OK,” followed by a phone number. Mitch said, “There was no power, no way to get in touch with anyone. This was their best option for communicating with a loved one.”

At the start of Mitch’s time in Bowling Green, he went out with a team to knock on doors to see how they could help the community. “Many people turned down help,” he said. “We came across one man in a damaged house. He was really cold. He only had one shoe. He asked for a tent to get out of the weather.” Mitch recalled it was well below freezing that night. The team was able to provide a tent, sleeping bag, dry clothes, and food. “The least we could do was help him survive the night.”

The two teams Mitch served with worked from sun-up to sun-down. In one community, they cleared enough debris that by the end of the week a new foundation for a house was being laid. 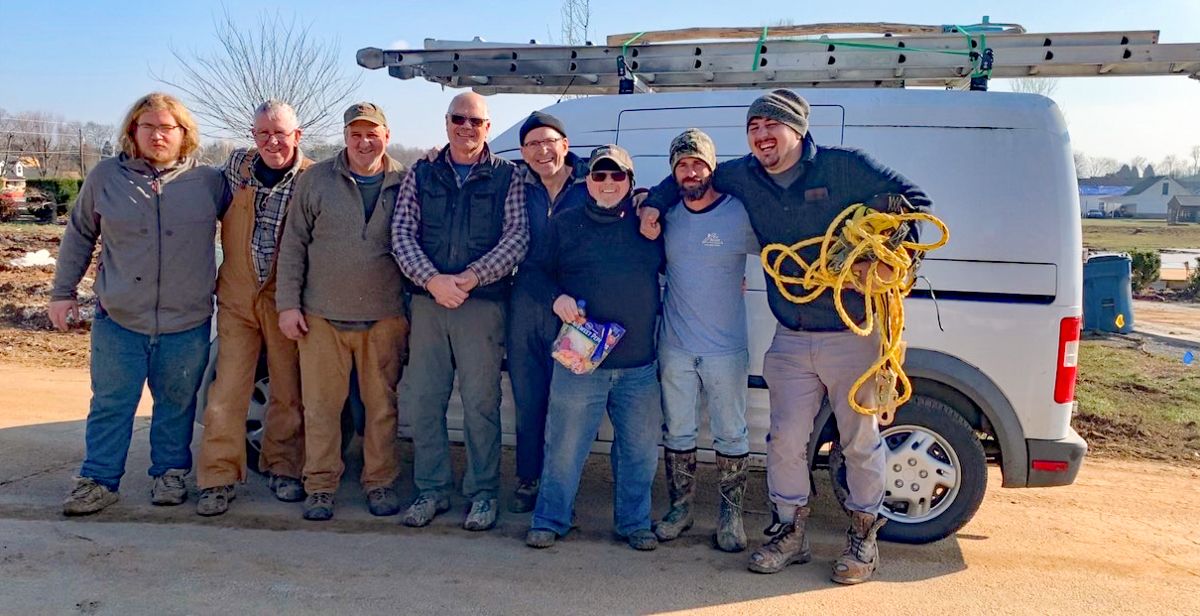 For those interested in joining future disaster response efforts or contributing to ongoing efforts, more information can be found on Encompass’ website here.