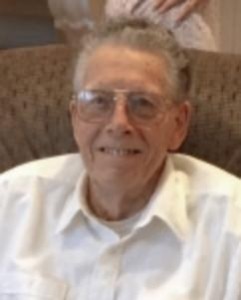 Word has been received of the August 2014 death of Don Staley, former pastor of Friendship Grace Brethren Church, Covington, Ohio. Services were held August 13 in Worthington, Ohio, interment at the Cheshire Cemetery, 3271 Cheshire Rd. Delaware, Ohio. His obituary appears below.

Pastor Donald Eugene Staley, from Covington,ended his battle with cancer on August 9, 2014, and is joyfully with The Lord. He was 83. Don is survived by his loving wife Sandy, their four children; Mike Staley (Cathy), Mark Staley (Nancy), Matt Staley (Marcy), and Dawn Polsdorfer (Wesley) and his sister Judy Staley.