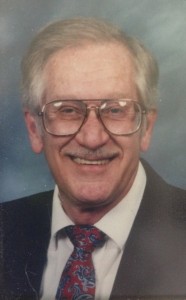 Word has been received of the death of former Grace Brethren pastor, Don Weltmer. He died June 19 at age 79. According to Carl Baker, pastor of the Grace Brethren Church in Martinsburg, W.V., where Weltmer formerly pastored, “He had been a member of a musical team from Bryan College that included Jesse Deloe. Following graduation from Bryan, he went on to earn an M. Div. from Grace Theological Seminary. He was an accomplished trumpeter as well as a Gospel magician who delighted his audiences.”

An obituary appears below:

He pastored churches in Indiana, Pennsylvania, Colorado, and West Virginia.

He is survived by his wife, Marilyn; one son, Gordon Weltmer of York Haven, Pa.; two daughters, Lenore Stroop of Gerrardstown, and Lynda Owings of Inwood; eight grandsons; two granddaughters; and two great-grandchildren.

Interment was in CarsonValley Cemetery in Duncansville, Pa.