Dr. Buzz Inboden Set to Retire after 27 Years of Service at Worthington Christian

Dr. Buzz Inboden is set to retire at the end of the school year after serving Worthington Christian School for 27 years. Before that, he served on staff at the Grace Brethren Church of Columbus, Ohio (now Grace Polaris Church). “Dr. Buzz” is featured on the school’s website. A portion of the story appears below. Click here to read the complete article. (Worthington Christian School is a ministry of Grace Polaris Church, Mike Yoder, lead pastor.)

Leading with Kindness and Hope 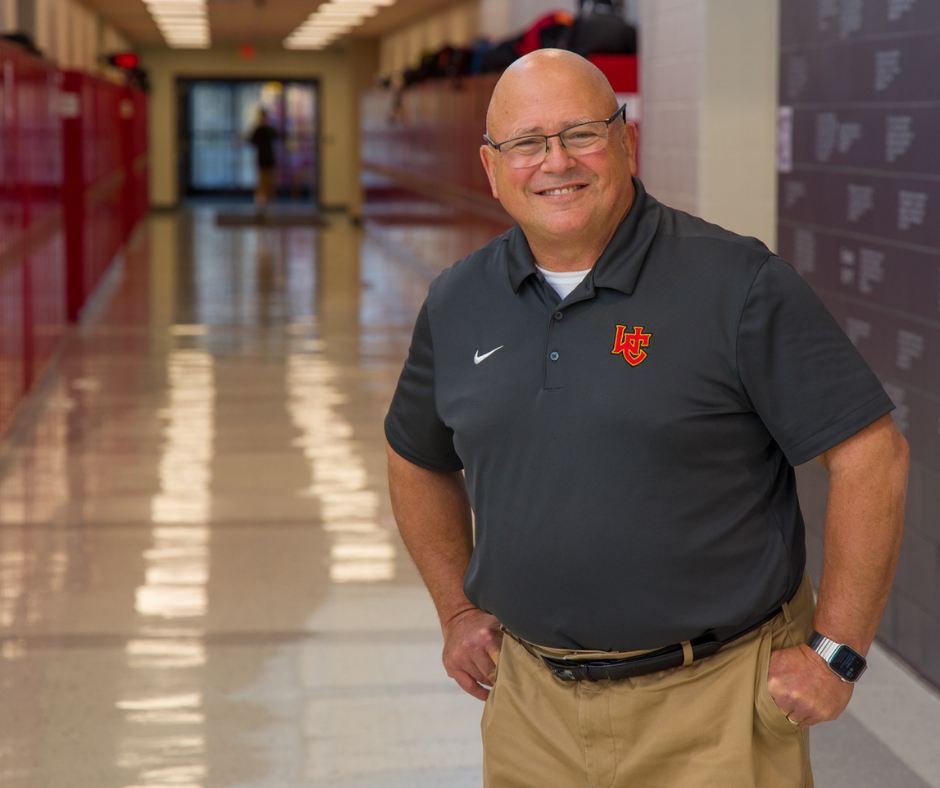 Widely known as “Dr. Buzz,” Dr. Scott Inboden has been a part of Worthington Christian School since 1994 serving in a variety of roles. He began his tenure at WC teaching Bible class to ninth-graders in 1994 in a part-time capacity while serving as a full-time pastor at Grace Brethren Church. In 1999, he became a full-time faculty member at WC, and in 2012 he became the grades 9-12 principal. After 27 years of selfless, dedicated service to the school, Dr. Buzz is set to retire at the end of this school year.

In a way, Dr. Buzz’s involvement at WC dates back all the way to the mid-1960s when he was just an elementary-aged boy. His family began attending Grace Brethren Church that year; he was in fifth grade. He recalls that being the time and place that he really saw and experienced “the real thing” in terms of following Jesus. He built relationships with mentors and positive influences through Grace. One of these mentors was Pastor Jim Custer (lead pastor of Grace from 1968-2009). Pastor Custer discipled the teenage Inboden through his high school years. Inboden was intentional in building relationships with men like Pastor Custer because even at that young age he was considering a future as a pastor, teacher/coach, or lawyer. Pastor Custer kept in touch with Inboden through his undergraduate studies at Williams College, followed by seminary studies with his new bride Debbie at his side. Reflecting on the last three decades of work and ministry, Dr. Buzz explains, “I owe nearly everything in the way of opportunity to Pastor Jim [Custer].”

After completing seminary, the young couple planned to become international missionaries. During this time, Pastor Custer offered Inboden a position at Grace as a pastoral intern while he and Debbie navigated the mission’s process. They attended missions candidate school and took several exploratory trips to Europe and elsewhere to see where God might have them work. Over time, their plans changed, and Inboden joined Grace’s pastoral staff, serving as both the children’s minister and the college and career minister. A few years later, Inboden became interested in a Doctor of Ministry program, and he and Debbie decided to move to Philadelphia for one year to begin this degree program at Westminster Theological Seminary. He remained on staff at Grace through this year and returned to Columbus to continue in ministry and in his D.Min. studies. He completed a Doctor of Ministry in Biblical Counseling after a few more years of classwork, research, writing, and ministry. This educational experience laid the groundwork for him to begin a counseling ministry and lay counseling team at Grace.

In 1992, Grace launched a separate campus ministry dubbed “South Campus” (WC’s current Administrative building), at which he served as the teaching pastor. In 1994, responding to financial challenges faced by the church and school, Dr. Buzz began his first official position at WC, teaching freshman Bible in the mornings and fulfilling his church responsibilities in the afternoons. The next few years were quite busy for the Inbodens. Debbie gave birth to their fifth and youngest child in 1995, and Dr. Buzz continued counseling, teaching, preaching, and leading at WC and Grace’s South Campus. The South Campus ministry grew to 1200 people attending one of the multiple services each weekend. It was an exciting, dynamic ministry. But in 1999, Dr. Buzz’s ministry took an unexpected turn.

He’d been teaching a sermon series on the life of Solomon, famed son of King David, known for his wisdom and wealth. In preparing these teachings, Dr. Buzz began to sense that the LORD was calling him out of pastoral ministry just as clearly as he had called him in many years before. Unsure of what his next chapter would look like, Dr. Buzz submitted his letter of resignation to his long-time mentor Pastor Custer. Shortly thereafter, Tom Anglea, then-principal of WC’s high school, offered Dr. Buzz a full-time teaching position at the school, and Dr. Buzz began working in this capacity. He taught a range of classes at WC during his teaching tenure from 1999 to 2012, including freshman Bible, a class on the life of Christ, Greek, Marriage and Family, Psychology, a current events class, and more. He also used his counseling background in the form of Biblical discipleship with students. He enjoyed getting to know his students and developing close relationships with his fellow teachers.

In 2012, he moved from being a full-time classroom teacher to the principal for grades 9-12, where he has served ever since. His accomplishments as a principal include the development of the house system and its student leadership opportunities, restructuring the faculty, schedules, and facilities of the new Upper School campus, and expansion and growth of student clubs. Beyond these accomplishments are an even deeper impact and influence that Dr. Buzz has had at WC, leading students and faculty through very difficult times. Troy McIntosh, who became WC’s Head of School shortly after Dr. Buzz became principal, describes him this way, “Dr. Buzz has an uncanny gift for language and he is able to combine that with an ability to anticipate people’s needs and speak to them. The way he shepherded our students and staff in the last few years…was amazing to watch. I don’t think there is another principal in the country who could have done that in a more sensitive, caring, and healing way.”