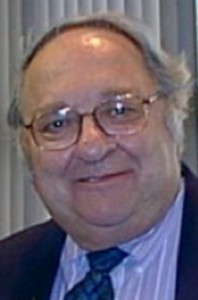 He began his education at Ashland College and received his B.A. in history from Bryan College. He earned his B.D. from Grace Theological Seminary in 1957. Dr. Clouse was awarded his M.A. in 1960 and Ph.D. in 1963 from the University of Iowa.

Dr. Clouse taught history at several colleges and universities, spending the bulk of his career at Indiana State University. He was visiting professor at the University of Illinois, Indiana University, and Juniata College, where he was the J. Omar Good Visiting Professor of Christianity. In addition to his academic career, Dr. Clouse has served as pastor of several Grace Brethren Church congregations in both Iowa and Illinois.

Dr. Clouse was considered a leading expert in millennial thought and eschatological studies, having presented more than 18 major lectures, and written more than five books on the subject. His The Meaning of the Millennium was a best seller. His most recent book, “The End of Days,” explores apocalyptic literature, Biblical and Hebrew scriptures, writings of the Church Fathers and radical movements throughout history. In addition to his millennial studies, Dr. Clouse has contributed articles and chapters in numerous books on Christian Church history, Renaissance and Reformation history, and war and peace studies. His most important work as a historian of Christianity is Two Kingdoms: The Church and Culture Through the Ages, which he coauthored with Richard V. Pierard and Edwin Yamauchi. He is the author or coauthor of Puritans, the Millennium and the Future of Israel, The Cross and the Flag, The Church in an Age of Orthodoxy and Enlightenment, War: Four Christian Views (BMH Books 1986), and Women in Ministry: Four Views.

Clouse was a founder of the Conference on Faith and History, member of the editorial board of the Brethren Encyclopedia, and contributing editor of the New Twentieth Century Encyclopedia of Religious Knowledge, and attended Terre Haute First Baptist Church.

Having received a heart transplant in 1985 when the procedure was still considered quite risky, Clouse worked for organ transplant groups to encourage donation. His case was widely publicized in religious, as well as medical, publications. Clouse served Indiana State University in a variety of positions, including president of the Faculty Senate on four occasions. He received the ISU Faculty Distinguished Service Award in 2000, and the Creativity and Research Award in 1986. He is a member of the board of directors of the Eugene V. Debs Foundation and received Indiana Heart Association Life Achievement Award in 1987. Dr. Clouse dedicated his time and talents to Indiana State University as well as his generosity.

He is survived by his wife, Bonnidell Barrows Clouse, whom he married in 1955; two sons, Gary Clouse and his wife, Shuko, of West Los Angeles, Calif., and Ken Clouse and his wife, Rose, of New Orleans, La.; one sister, Ruth Seibold of Columbus, Ohio; four grandchildren, Sarah Clouse, Alexander Clouse, Gabrielle Clouse, and Andrew Clouse; as well as nieces and nephews.

Services were held Tuesday, May 10, 2016, at Greiner Funeral Home, 2005 North 13th St., Terre Haute. Pastor Kyle Andrews officiated. Burial will be at Mount Pleasant Cemetery. The family suggests that in lieu of flowers, contributions be made to Dr. Bonnidell Clouse Research Award Endowment at Bayh College of Education at Indiana State University, or the American Heart Association. Online condolences may be made at:  reinerfuneralhome.com.