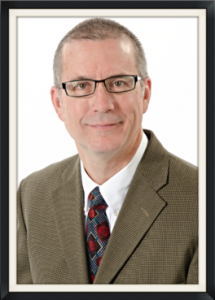 A former medical missionary to the Central African Republic who also studied at Grace College, Dr. Jim Hines, has announced his candidacy for the governor of Michigan.

On his web site, he says, “Like you, I want to play an active role in making my community, state and country a safer, better place to raise my children, run my business, and forge a future filled with unlimited promise. I promote the flourishing of the people of Michigan, by protecting life at every age, by preserving our constitutional rights, and by presenting Michigan as a place for families and businesses to thrive.”

Jim is currently an OB-GYN in Saginaw, Mich., chief of staff for Covenant HealthCare, and president of the Christian Medical and Dental Association.

A native of Warsaw, Ind., Jim attended Grace College in Winona Lake, Ind., for one year, and then transferred to Indiana University in Bloomington, Ind., where he completed his BA degree in Chemistry and Biology. He went on to graduate from IU School of Medicine in Indianapolis in 1980.

Jim and his wife, Martha, were married in 1974, and have seven sons. They lived and worked as medical missionaries in the Central African Republic from 1985 to 1987. Prior to arriving in the CAR, they spent 12 months in France studying French, and six months in Antwerp, Belgium, where Jim completed a course in tropical medicine. They served with Grace Brethren International Missions, now Encompass World Partners.

In 1987, Jim entered the OB-GYN Residency program in Saginaw, Mich. After completing the program in 1991, he worked for one year, establishing the OB Department at St. Luke’s Hospital (now, part of Covenant HealthCare) in Saginaw.

The entire family returned to the CAR for two years, 1992-1994, and then relocated permanently in Saginaw where Dr. Hines has continued to practice OB-GYN.

Martha Hines is the daughter of Dr. William and Ella Male. Dr. Male was a long-time professor at Grace College and Seminary.