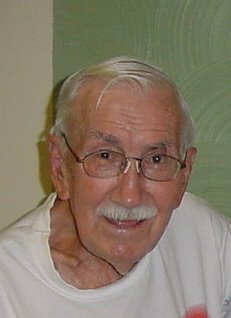 Mr. Miller was a native of Cleveland. He had lived in Modesto since 2000, and previously in Brazil.

He was a missionary with Grace Brethren Foreign Missions for 50 years, and was a member of Big Valley Grace Community Church. He served with Teen Missions, a boot camp for teens in Brazil that prepares them to go into the mission field, and worked with the Heifer Project in Brazil.

He is survived by his wife, Eileen G. Miller of Modesto; children, Carol Howard of Modesto, Jeanette Mason of North Carolina, Edward D. Miller II of Tennessee and Stanley C. Miller of Minnesota; sisters, Phyllis Milbrodt and Jean Jackson, both of Ohio, and Suzann Riley of New Mexico; and 11 grandchildren and five great grandchildren. He was preceded in death by a sister.

Visitation from 6 to 8 p.m. Monday at the Colonial Chapel of Franklin & Downs. A funeral is at 10 a.m. Tuesday at Big Valley Grace Community Church.