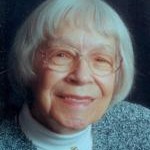 Edith Edna Young, wife of a Grace Brethren pastor and mother of longtime Grace Brethren  Pastor Jerry Young, who died less than a month ago,   passed away on Tuesday, January 4, 2011, at 9:30 p.m. at her residence on  N. Bobwhite Drive, Warsaw, Indiana, at the age of 94.

Edith moved to the Warsaw/Winona Lake area in 1965 and was a homemaker, seamstress, and worked as a Food Service Supervisor at Grace Village Retirement Community, Winona Lake, Indiana. She was a member of Leesburg Grace Brethren Church, Leesburg, Indiana.

Memorial donations can be made in Edith’s memory to The Friends of Israel Gospel Ministry, Inc., PO Box 908, Bellmawr, New Jersey 08099.