The Miriam Fire which could threaten Grace Brethren Camp Clear Lake in Washington State is slowly being contained. A team of firefighters arrived at the camp yesterday to begin work that would protect buildings, should the fire come closer. (See feature photo.) The camp regularly updates their Facebook page with information, including daily video reports from Fire Operations. This information is also being shared at the GraceConnect Facebook page. Below is a portion of a story from the Yakima, Wash., Herald. Click here to read the complete story. 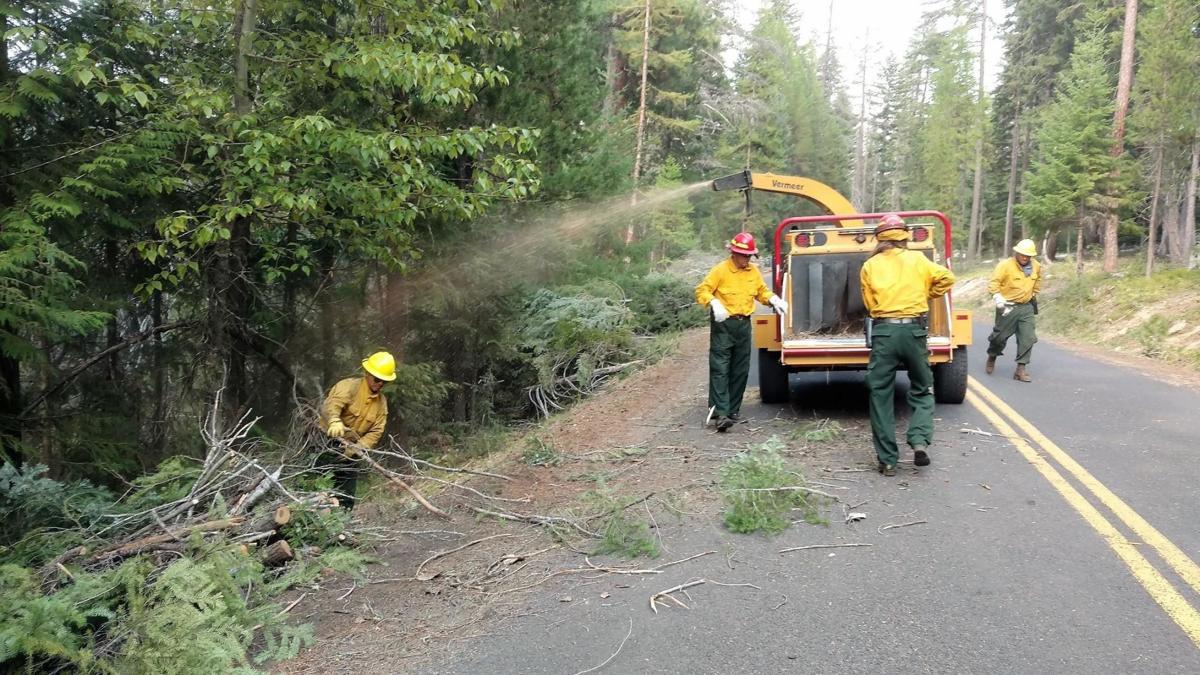 Firefighters clip brush as part of the efforts to battle the Miriam Fire.

Firefighters on the Miriam Fire spent Tuesday bolstering their defenses ahead of an anticipated cold front coming in Friday.

The cold front is expected to bring cooler temperatures and increased humidity, which are good for firefighters. However, it also could bring wind, which fire officials say could fan the flames and cause the 1,200-acre lightning-sparked wildland fire to spread. The fire started July 30 near the White Pass Ski Area.

Crews were working on the northeast side of the fire to establish a fire line along Hell Creek to contain the fire if winds shift it in that direction, said Heather Ibsen, a spokeswoman for the Type 2 Incident Management team that is assigned to the fire. She said a bulldozer crew and hand crew were working on the line. The fire is 8 percent contained.

Firefighters were also getting hoses ready at the four organizational camps in the area — Camp Zarahemla, Camp Dudley, Camp Prime Time and the Clear Lake Grace Brethren Camp, as well as evaluating cabins on U.S. Forest Service land for defensive purposes. The efforts are precautionary, they said, as the cold front approaches.

Hundreds of campers were evacuated from the camps last week, and various levels of evacuation orders remain in place for the White Pass, Rimrock Lake and Clear Lake areas.