Today’s Goshen, Ind., News, carries a story about 12-year-old Elisha Rauch, the son of Jon and Tara Rauch. (He’s the Family and Discipleship Pastor at Grace Community Church, Goshen.) Elisha is also the grandson of Grace Brethren Investment Foundation’s Ken Seyfert and his wife, Donna. Elisha has a weekly sports broadcast which is available on YouTube. A portion of the story appears below. Click here to read the rest of the story. 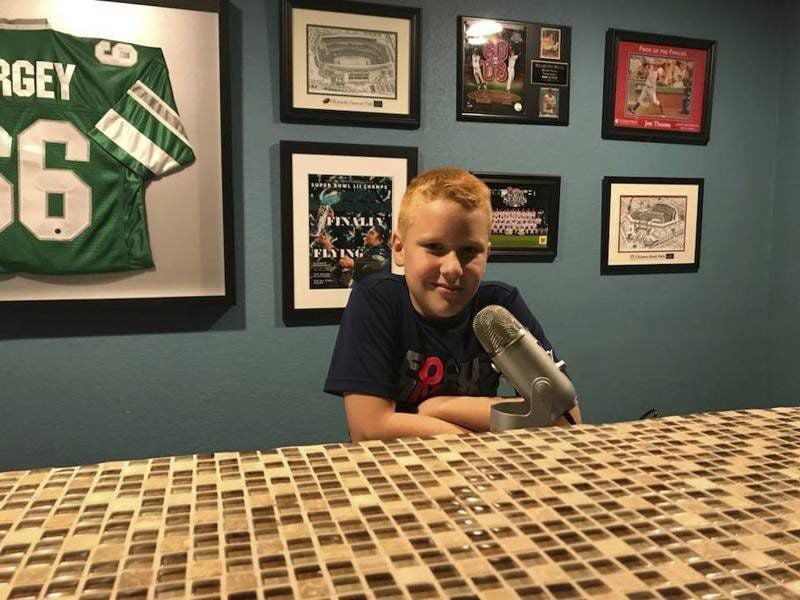 Elisha Rauch, 12, has started his own sports podcast called “Sports Engine.” He was able to start it after receiving a $1,000 grant from Little Big Idea.

Elisha Rauch can probably talk about sports better than most adults.

It’s his passion for sports that led Rauch to start a weekly sports podcast called “Sports Engine.” Posted every Sunday on his “Sports Engine with Elisha Rauch” YouTube page, Rauch covers a wide range of topics, from the Alabama quarterback battle, fantasy football and a “REALLY Weird Sport all the way from Russia,” which was talked about during the Aug. 19 episode of the podcast.

Rauch has been watching sports since he was 6 years old and hasn’t stopped since. Sports are one of the few topics that get talked about in the Rauch house, Elisha’s mom, Tara Rauch, said.

Elisha was able to start his podcast after securing $1,000 through Vibrant Communities’ Little Big Idea Grant. Organizers of the local initiative award monthly grants to Elkhart County residents who present “fun, creative, inspiring, viral and visible projects,” according to the Vibrant Communities website.

Elisha has used the money to buy two microphones for the podcast — one for him and one for guests — a laptop and video editing software. He’s paying for a graphic designer to produce a logo for the show, and he also wants to buy a camera so he can potentially take the show on the road as well.