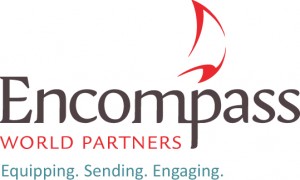 Officials at Encompass World Partners have announced that most of the operations of its Winona Lake, Ind., offices will be moved this summer to its Atlanta headquarters. These include communications, stewardship, and distributions, which remained in Indiana when the organization relocated its headquarters 18 months ago.

“We are really grateful for the work of our Winona Lake team, and celebrate the manner in which they have strengthened our current base of supporters and friends,” explained Dr. Dave Guiles, executive director. “Building upon their good work, we are now unleashing more energy and resources in developing relationships and partnerships with new churches and younger church members.”

A small team will remain in Winona Lake for the next two years. Over the next few weeks, Encompass will release Ministry Descriptions for a series of new positions. Please join the leadership of Encompass in prayer as they recruit for key new positions in Atlanta, and join them in thanking those who have faithfully served in Winona Lake.