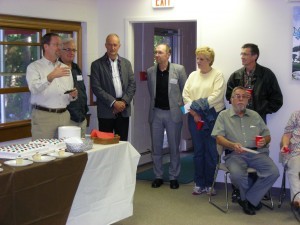 The offices were open to tour from 4 to 6 p.m. with a brief time of dedicatory prayer at 5 p.m. The dedication included remarks from Dave Guiles, executive director, and the three regional directors, Frank Puhl, Africa; Paul Klawitter, Europe; and Steve Bailey, Latin America. Pray was led by board member Dave Lawson of Wooster, Ohio.

The building is located at 422 Mission Drive, behind the Kingsway Suites at 1401 Kings Highway, Winona Lake, Ind. It  was constructed as a short-term missionary residence in the 1970s. The basement and first floor has been has been renovated to house the business, communications, and stewardship offices of Encompass, in addition to offices for Project Hope and Charity and meeting space. Second floor apartments are available for seminary student housing. 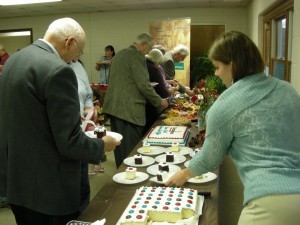 Encompass World Partners  is the cross-cultural ministries arm of the Fellowship of Grace Brethren Churches. The international office has been located in Winona Lake since 1947.  In order to better meet the needs of the changing world, the functions of the international headquarters have now been divided between two locations – one in Atlanta and one in Winona Lake (effective September 4, 2012).