The Nigerian pastor who was executed by Boko Haram after he turned a hostage video into his testimony, was an ordained minister in the Church of the Brethren in Nigeria (EYN). The EYN is a denomination who like the Charis Fellowship (Fellowship of Grace Brethren Churches), traces its spiritual roots to Alexander Mack. Below is a news release issued yesterday (January 21) by the Church of the Brethren in the U.S. 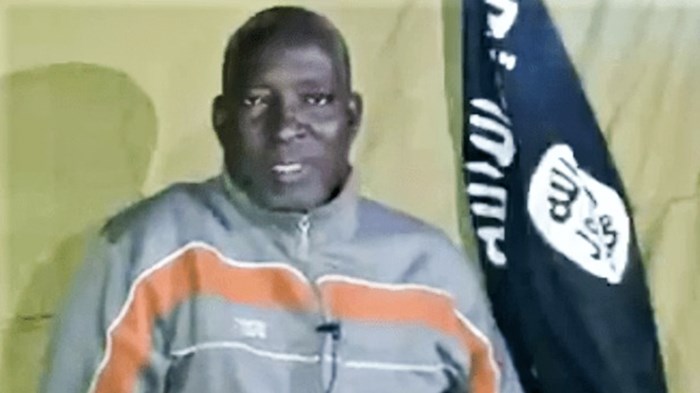 Lawan Andimi was executed by Boko Haram yesterday, Jan. 20. He was an ordained minister in Ekklesiyar Yan’uwa a Nigeria (EYN, the Church of the Brethren in Nigeria), served as EYN district secretary for the Michika area, and was chair of the Christian Association of Nigeria (CAN) for the Michika area. EYN staff sent confirmation of his death to Brethren Disaster Ministries associate executive Roy Winter early this morning.

Church of the Brethren general secretary David Steele sent an email this morning to EYN president Joel S. Billi sharing “deepest sympathies on behalf of the Church of the Brethren.” The email continued, in part: “While I cannot fully know the deep pain and grief that you, his family, and EYN are feeling at this time, my heart is with you. Please know that we are holding all of you in our prayers, praying through our Lord Jesus Christ to bring you mercy and peace. May God continue to grant you strength to sustain you in your leadership of EYN during this most difficult time. And may you draw comfort from the One who said, ‘Come to me, all you that are weary and are carrying heavy burdens.’”

Said Nathan Hosler, director of the Church of the Brethren’s Office of Peacebuilding and Policy, “Though the world has paid less attention to Boko Haram, the situation in the region still is dire for those plagued by this radical insurgency. This fact somberly rings true today…. In remaining aware of the violence that our brothers and sisters in Nigeria face daily, let us walk ‘alongside one another in joy and loss, taking to heart the words of the letter to the Hebrews (13:3): “Remember those who are in prison, as though you were in prison with them; those who are being tortured, as though you yourselves were being tortured”’ (Church of the Brethren Annual Conference Resolution Responding to Violence in Nigeria).”

A statement from CAN said that “the entire CAN leadership and the Nigerian Church are deeply saddened.” CAN urged all Christians to set aside three days this week to fast and pray for Nigeria. In addition, the statement called for effective action by the Nigerian government, saying in part: “The Church views the unabated kidnappings, extortions and killings of Christians and innocent Nigerians as shameful to the government that each time boasts that it has conquered insurgency. It is reprehensible and saddening that each time the government comes out to claim the defeat of the insurgency, more killings of our people are committed…. We are almost losing hope in government’s ability to protect Nigerians especially Christians who have become endangered species under its watch. We once again call on the International community and developed world like the US, the UK, Germany, Israel and others to please come to the aid of Nigeria, especially, the Nigerian Church so that we might not be eliminated one by one.”

Andimi was reported missing on Jan. 3, a day after a Jan. 2 attack on Michika by Boko Haram. His abduction gained international attention when on Jan. 5 his captors released a video in which he professed his Christian faith.

An article from “The Cable,” a Nigerian news outlet, reported that Andimi was originally from Kwada village in the Chibok area. It quoted Andimi’s statement in the hostage video: “I have never been discouraged, because all conditions that one finds himself…is in the hand of God. God who made them to take care of me. So, the summary of my speech; I am appealing to my colleagues, reverends, particularly my president, Reverend Joel Billi who is a strong man, a man of compassion and man of love. He can do all his best to speak to our governor, Umaru Jibrilla (Fintiri) and other necessary agents for my release here.”

Andimi is just one of the captives of Boko Haram and factions of the Islamic State who have been executed since December 2019. According to reporting from Ahmad Salkida in “Christianity Today,” a Nigerian soldier was killed along with Andimi. On Christmas Eve 2019, 11 Christian captives in Borno State were beheaded. Also in December, four abducted aid workers of the international NGO Action Against Hunger were killed.

Osai Ojigho, director of Amnesty International Nigeria, said in a statement responding to Andimi’s execution that “Boko Haram followed up the killing of Rev. Lawan Andimi on Monday with an attack on his village in Chibok local government Borno State. Targeting civilians is a crime under international law. Boko Haram must immediately stop its attacks on civilians. All those responsible for war crimes and other human rights violations and abuses in Nigeria must be brought to justice in a fair trial. The Nigerian authorities must re-double their efforts to rescue the hundreds of civilians still detained by Boko Haram.”

Boko Haram kills CAN official abducted in Adamawa, The Cable