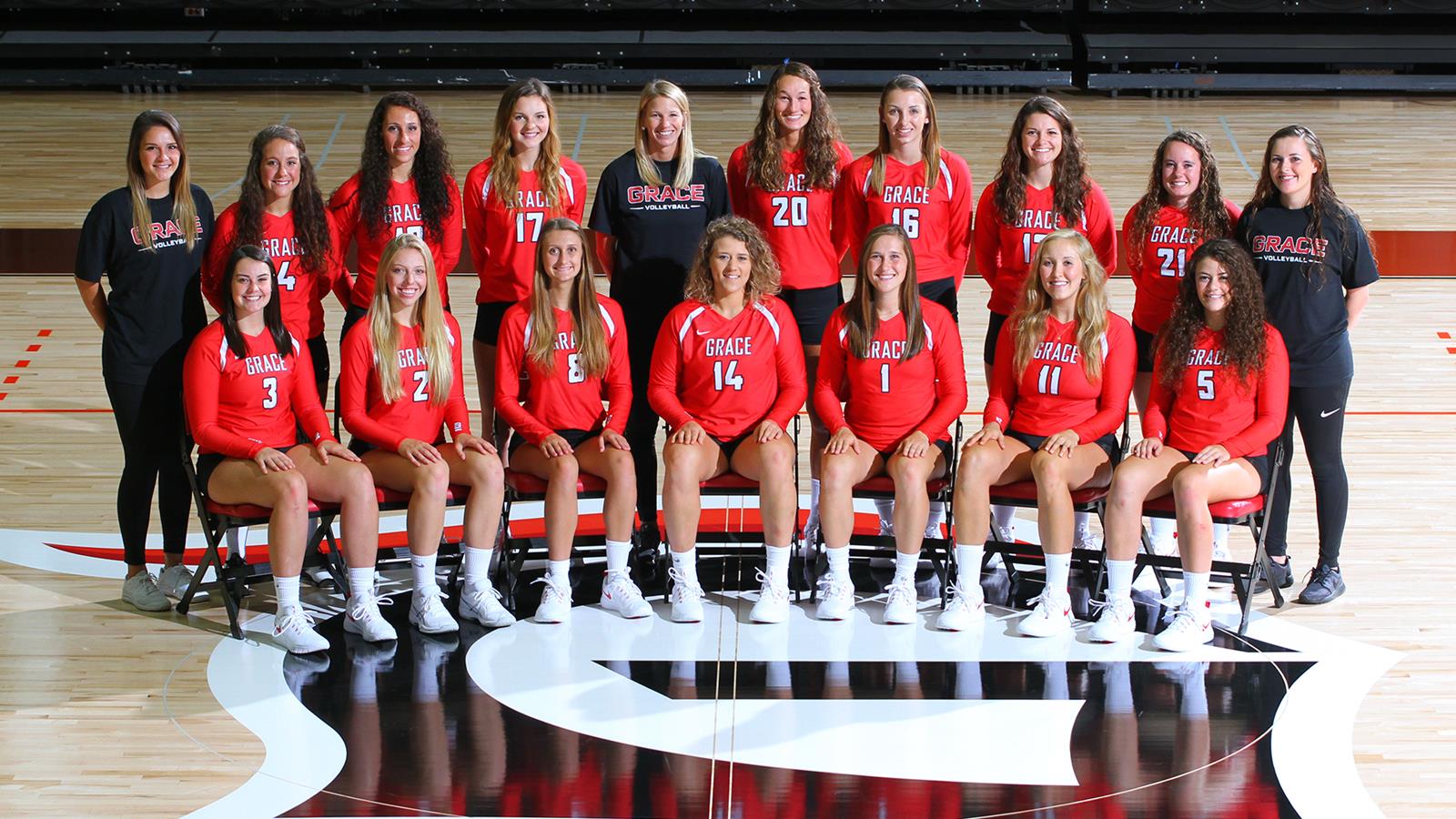 Grace’s volleyball team enters the 2018 season with excitement, led by an experienced core.

The Lady Lancers won 23 matches a year ago under head coach Katie Van Hofwegen, advancing to the NCCAA National Championships. Grace is eager to repeat last year’s success despite graduating a six-player class.

Van Hofwegen maintained, despite losing multiple All-Crossroads League players, that Grace still has the talent in place to reach its goals.

Grace’s trio of seniors are as talented as any senior class in the league. Caylie Teel, Kelsee Zuidema and Marta Bleed bring a hard-working, steady leadership to the squad.

Zuidema racked up 301 kills last year and is on the verge of eclipsing 1,000 career kills (932 kills), and Bleed’s powerful attack produced a career-high 2.3 kills per set in 2017. Teel has showcased the ability to excel as an outside hitter or as a defensive specialist, giving Van Hofwegen flexibility with her lineup.

“My seniors have been playing for me for three years. They are consistent leaders and really the foundation of our team,” Van Hofwegen said. “They know what to expect and are comfortable in their roles. Being able to rely on their experience will be helpful. They know what it means to perform under pressure.”

Junior Alexa Hill enjoyed a breakout year in 2017 during her first season as Grace’s primary setter. Hill earned All-American recognition from the NAIA and NCCAA after handing out 1,602 assists, good for fifth-most in the NAIA.

Van Hofwegen pointed to Hill’s work ethic and natural leadership abilities as reasons for her success leading Grace’s attack. “High-pressure situations don’t scare her. She can make smart plays under pressure. And she’s tremendously encouraging on the court, which helps everyone play better.”

Hill will have an athletic group of hitters to distribute the ball to this fall. Zuidema, Bleed and Teel provide experience, and Deborah Michalski is “playing at the top of her game right now” on the outside, according to Van Hofwegen.

Gabbey Harrington, Lexy Oppenhuis, Makayla Bell and Kelsey Smith all have the opportunity to earn playing time on the front row.

In the middle, Grace will lean heavily on a pair of highly-touted freshmen. Hanna Leach from Warsaw and Makaela Lochmueller from Carroll give Grace a fast, explosive look at middle blocker. Both players come from for the same club team and are extremely comfortable playing with each other. Leach and Lochmueller each provide a long reach which should translate into a strong blocking presence.

Defensively, Teel and Gina Novotny will likely be mainstays on the back row. Novotny was named to the All-Freshman Team with 383 digs and 20 service aces last year and will be counted on for even greater contribution in 2018.

Emily Sharp was an integral part of Grace’s success last year before her freshman season was cut short due to injury, but she is recovering quickly and eager to get back to 100 percent. Van Hofwegen noted Sharp’s stability in serve receive as a much-needed asset to Grace’s team.

Caroline Mayer gives the Lady Lancers even more depth in the back row, showcasing a quick ability to learn and a competitive nature to her play.

Beyond the bright lights and the pristine court at the Manahan Orthopaedic Capital Center, Grace is highly active in the community. The Lady Lancers regularly serve at Baker Youth Club and Fellowship Missions, allowing the team to build relationships outside of the Grace community. “We love being involved in the community. It allows them to be the hands and feet of Jesus and to love people outside of our regular group. It’s good for our team to remember where our main focus needs to be.”

While a few rotations and positions are still up for grabs at this point during the preseason, Van Hofwegen was excited to see which players would step up.

“We have a lot of potential on this team. We have a lot of strong players,” she said. “Our challenge right now is how the puzzle best fits together. We have the pieces, we’re just trying to figure out the best six on the court. I’m excited for the year.”

The Lady Lancers start their season with a two-day tournament at Huntington on Friday and Saturday. Grace will then host a two-day tourney of its own on Aug. 24-25. – from gclancers.com