Faith, Fiber, and the Future 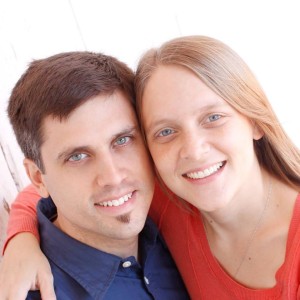 In 2001, Sy Belohlavek was in college, trying to determine what to do with the rest of his life and how he would best live out his faith. He knew he wanted to make his mark in the world by helping people, but he didn’t know how. An intercultural studies class piqued his interest in serving developing countries. Wanting to explore the possibilities, Sy joined a spring break trip to Kyrgyzstan his junior year. His time there was short, but it was long enough to grab hold of his heart. He followed that trip with a 10-month internship right after college graduation. The experience confirmed his desire to work in a developing country.

After his internship in Kyrgyzstan, Sy married his college girlfriend, Renessa, who shared his vision of working and living abroad. When an opportunity to work in Russia came shortly after Sy finished graduate studies, they began preparing to move. Unexpectedly, that move never took place. She contracted an unexpected illness that compromised her ability to communicate vocally. It seemed like the end to their vision of a future overseas.

Then, a few years later, a new opportunity presented itself.

J.C. Christensen owned and operated a small fiber mill in Apple Creek, Ohio. While talking with Kyrgyz artisans, J.C. recognized how a potential business venture could help revitalize the fiber industry in Kyrgyzstan and improve the lives of the shepherds who harvested the fibers.

Before the fall of the Soviet Union in 1991, the fiber market in Kyrgyzstan had flourished. In fact, fiber from Kyrgyz livestock was of the highest quality. Later, as the market became depressed, Chinese barters took advantage of the dying market and began digging into its profit. The change dramatically impacted the shepherds and their families.

J.C. and Sy were connected through mutual friends and soon discussing plans for what practical steps could be taken to pursue this opportunity. By that time, Renessa’s health had recovered, and the couple was looking for new opportunities. Excited by this new vision and eager to return to a country he loved, Sy and Renessa moved their family to Kyrgyzstan in 2010. He spent the next few years mastering the language and learning the ins and outs of the fiber industry.

As the director of a Business Training Center in Osh, one of the largest cities in Kyrgyzstan, he helped train hundreds of shepherds and farmers to produce high-quality cashmere fibers, which he would later sell. As he developed relationships with the villages, he was able to provide compensation that was up to 30 percent more than what they had been receiving.

Sy’s focus on integrity and community service quickly earned him a place of respect among the villages. A community-run business that uses earned money to better the community has become a rarity, and it has given Sy the right to be heard. His integrity has given him a voice, which he has used to speak into the lives of these people.

To further the vision of using the fiber industry to benefit the families in the villages, Sy launched June Cashmere, a retail entity to sell the Kyrgyz fibers internationally. Sy believes it will be a fiscal engine to create more small business growth in Kyrgyzstan. The more profit that is made from the fiber, the more growth and opportunities Sy can create for the community.

Sy could have never imagined as a young college student that one day he would be directing a company in Kyrgyzstan. He stands amazed at how God has woven together so many intricate threads to produce something beautiful. Though it can be difficult to balance a business mind with a servant’s heart, Sy has seen how this model has helped improve lives, and he would love to see more businesses like June Cashmere be created in the future, not only in Kyrgyzstan but all around the world.