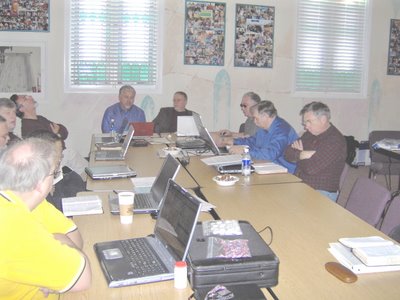 Among the agenda items are a proposal for restructuring the leadership team of the FGBC, the recommendation of admitting seven new churches to the FGBC, the adoption of a budget to recommend to the conference business meeting this summer, and more.

Fellowship Council members are elected from geographic regions of the country. Also participating are the four moderators of the FGBC — one present (Tim Boal), one past (Keith Shearer) and two future (Jim Brown and John McIntosh).