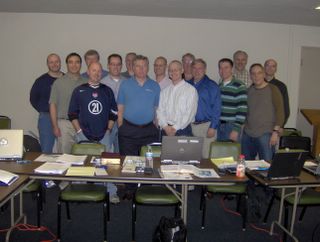 The Fellowship Council, the elected leadership group of the Fellowship of Grace Brethren Churches, is meeting yesterday, today, and tomorrow in Sacramento, California.

The group is elected by the national conference delegates from various geographical regions and also includes the immediate past moderator, the current moderator, and the two moderators-elect. Current moderator Keith Shearer is leading the meetings this week.

The meetings conclude tomorrow and most Council members will stay over and preach in various northern California Grace Brethren churches on Sunday.