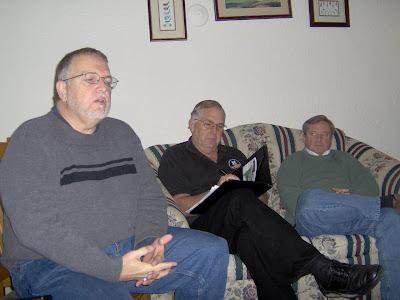 In the three-day meetings, updates were given by the executives of all the national organizations, along with any plans for the future which will bring change.

Tuesday morning a group of attorneys from the Ice Miller law firm in Indianapolis met with the group to discuss in general litigation in today’s society, and in particular, how 501(c)3 organizations can structure themselves and operate in such a way as to operate at maximum legality and with the highest ethics.

Sandy Barrett of the FGBC office was hostess for the meetings. Those participating included FGBC present moderator Jim Brown, past moderator Tim Boal, and next year’s moderator John McIntosh.

The leadership group will next meet on Friday, January 25, 2008, at Seal Beach, California, when leaders met with, and give updates to, members of the Fellowship Council.