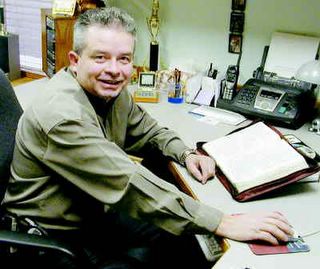 Fear of an oppressive government and a need for family led Juan Marenco (pictured) to leave his native Nicaragua and eventually settle in Mabton, Washington, where he is pastor of Grace Brethren Church’s Hispanic congregation.

Marenco fled Nicaragua in 1988 during a war between the Sandanista government and U.S. backed Contras.

Like other pastors in his native land, Marenco was pressured by the Sandanistas to ally with them and turn over the names of young men for conscription in the military.

“They came in the church while I was preaching,” Marenco recalled. “They let me finish the sermon but right afterward they said they wanted to talk to me. They wanted to give me a ride to my home, but I told them I’d meet them there.”

The talk, as he expected, was an attempt at coercion.

Marenco refused to turn over a list of youths in his church.

He well knew of the jail terms against uncooperative pastors and had heard of the torture employed by the Sandanistas, such as sleep deprivation. One tactic in particular forced men in a pit standing up, with water to their chin. Standing would be torture, to sleep or relax could mean death by drowning.

A carpenter by trade, Marenco sold his business to raise the $1,200 to flee the country.

After obtaining a routine tourist visa to Guatemala, Marenco paid to be brought into Mexico, then the U.S.

He walked into Mexico from Guatemala, then was herded onto a bus with 80 other people for the three-day trip into Texas.

Upon his arrival in the U.S., Marenco obtained asylum and eventually joined other refugees in Florida, where he resumed his carpenter trade.

After five years, he became lonely and moved to Mabton to join his only family in the states, a cousin, Abner Solano.

“I had a good job in Florida, but I needed family,” Marenco said.

Solano started the hispanic congregation at Grace Brethren, before starting another congregation.

As it turned out, Marenco followed in his cousin’s footsteps by first pastoring a Yakima church and then, nearly five years ago, serving as pastor for Grace Brethren’s Hispanic congregation.

During Marenco’s time in the Lower Valley he has become a U.S. citizen-“The second biggest day of my life, next to receiving Jesus,” he said-and found a family of his own.

He and wife Julia met in Grandview and were married eight years ago. They have two children, a girl and a boy, Juliaday and Juan Francisco, Jr.

Marenco still has relatives in Nicaragua and visited this past summer to see his ailing father. With unemployment running at about 80 percent in Nicaragua, Marenco is the sole support for his family members there.

He has two brothers, both of whom survived the Sandinista/Contra war.

“I see the hand of God in all of this,” Marenco reflected while studying in his Mabton church office.

“I know families in Nicaragua who lost three or four men during the war,” he noted, adding that an estimated 100,000 youths died during the war. “The only way I survived was because God was protecting me and my family.”