The Miriam Fire continues to burn near White Pass, Wash., and Clear Lake Grace Brethren Camp. Here is a recent report from the Yakima, Wash., Herald. A portion appears below. Click here to read the complete article. 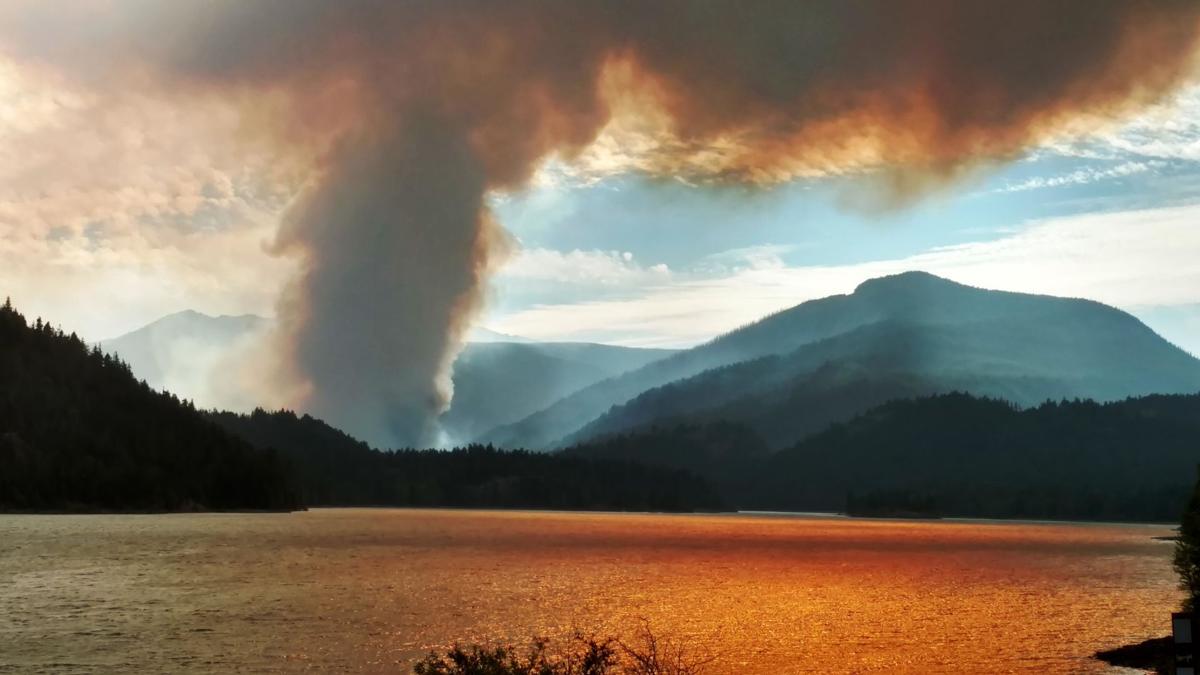 The towering smoke cloud from the Miriam Fire as seen from the other side of Rimrock Lake at 5 p.m., August 1, 2018.

Dave, the Clear Lake camp caretaker, reported on camp’s Facebook page, “They have brought 150 firefighters up to the Clear Lake area. They have 2 helicopters & 1 plane fighting the fire from the air. It is zero % contained and is 1 1/2 -2 miles from our camp. It has jumped 2 creeks and has grown to 1000 acres. Please keep praying for the firefighter’s safety and all the camps near Clear Lake.”

Evacuation orders and road closures have been extended for the Miriam Fire, as crews begin the process of containing the blaze near White Pass.

A Level 3 evacuation order, meaning “go now,” was given Thursday for the area on the north shore of Rimrock Lake, according to the Yakima County Office of Emergency Management.

The order came after the lightning-sparked fire burning 3 miles east of the White Pass Ski Area grew to 650 acres. The fire was first spotted on Monday.

Helicopters and airplanes are dropping fire retardant to keep the fire from spreading until ground crews can establish a perimeter around the fire, said Paul Galloway, spokesman for the Type 2 incident management team that has taken over the fire.

There were 145 firefighters on the scene, and additional crews are being brought in, Galloway said.

At this time, the fire is at zero percent containment and is burning through a conifer forest with many dead and fallen trees, fire officials said.

While there was higher humidity and lower temperatures Thursday, wind coming from the west was fanning flames in some areas, Galloway said.