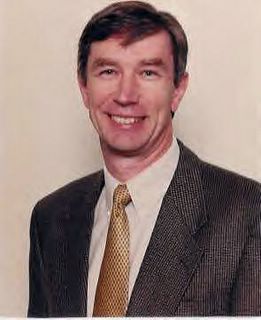 A study on happiness and wealth by a Grace College alumnus is currently receiving wide national attention and distribution through the press.

Glenn Firebaugh (pictured), who graduated from Grace College, Winona Lake, IN, in 1970 with a social studies major and psychology minor, is currently Liberal Arts Research Professor of Sociology and Demography at Pennsylvania State University.

Last year Firebaugh was a visiting scholar at Harvard, and he has also taught at Vanderbilt University and at the summer institute at the University of Michigan. He received his Ph.D. in Sociology from Indiana University and is married to Judy Thompson, daughter of Mary and the late Ray “Bud” Thompson.

Regarding the study on income and happiness, which he did with a graduate student at Harvard, Firebaugh says, “It’s ironic that the press has picked up on this study. What I’m best known for in academic circles is my book The New Geography of Global Income Inequality (Harvard, 2003). My friends were surprised to see the happiness work cited in the mass media, because that’s not a major focus for me.”

Here is one version of a report on the study which is being syndicated internationally:

The best predictors of happiness are, in order, physical health, income, education and marital status. A new study from Pennsylvania State University and Harvard University concludes that rich people are happier than poor people. But “rich” and “poor” are relative.

It turns out that money makes us happy not because of the material things that money can buy, but because we can use the size of our bank accounts to compare our wealth to that of our friends and family who are close to our own age. When we realize we’re richer than they are, it makes us happy.

This may amuse you, but think about it. It’s like being on a financial treadmill. If happiness depends on you being richer than the neighbors, then you have to work harder and harder to keep that upwardly mobile status. “If income effects are entirely relative, then continued income growth in rich countries today is irrelevant to how happy people are on the whole,” said lead study author Glenn Firebaugh of Penn State.

“Rather than promoting overall happiness, continued income growth could promote an ongoing consumption race where individuals consume more and more just to maintain a constant level of happiness,” Firebaugh says.

Firebaugh calls this the hedonic treadmill where “keeping up with the Joneses” means continually increasing one’s own income, because we can be sure that the Joneses are increasing theirs.

“We find with and without controls for age, physical health, education and other correlates of happiness,” said Firebaugh, “that the higher the income of others in one’s age group, the lower one’s happiness. Families whose income earners are in jobs with flat income trajectories are likely to become less happy over time. Thus the relative income effect observed here implies adverse effects for some individuals over the working years of their life cycles.”

The study findings were presented to the annual meeting of the American Sociological Association.