Five new congregations were accepted into membership in the Fellowship of  Grace Brethren Churches during national conference in Toronto, Ontario. 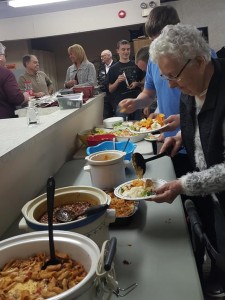 When Grace Brethren pastor Oliver Edwards interviewed for a position with an independent, non-denominational church, he stressed how his involvement in the Fellowship of Grace Brethren Churches had helped his development as a leader and provided accountability and growth opportunities for him. They not only agreed to support his ongoing membership in the Association of Grace Brethren Ministers and his attendance at district and regional events, but they also began to explore what it would look like for the church to be a part of such an association.

The result is evident as Bow Island Community Bible Church in Bow Island, Alberta, Canada, is one of five congregations who will be considered for membership in the FGBC during national conference.

“We have come to understand that there are significant benefits to being in association with other churches for our sakes and the furtherance of the Gospel,” they wrote in their application. “We can do more together than we can alone.”

The Bow Island church began 15 years ago in a small group of people who met to pray and study their Bibles together; the church grew in number and ministry when they hired a lead pastor. Under his leader- ship, the church initiated several ministries that coincided with their passions, which included musical theatre and creation science advocacy.

That pastor had just resigned when the congregation approached Oliver Edwards, the lead church planter at Grasslands Church in nearby Medicine Hat, who was newly available. The church took him on as pastor in April of 2015.

Since then the church has undergone a season of vision recasting and focusing, purchased a new building, and are actively engaged in sharing the Gospel with their community and around the world. Their new meeting place, dubbed the Island of Hope Building, opens December 6.

In the last year, Bow Island has sent three young people out of its weekly congregation of about 40 to work at Christian summer camps and two individuals to work in mission fields in Mexico and Haiti on short-term mission trips. The church continues to work alongside Grasslands Church giving opportunities to budding Grasslands leaders to grow in their gifts.

“We recognize that mission fields are not just overseas, but local as well,” they write, noting they are looking forward to engaging with Grace Brethren national ministries. “We desire to work together and be a part of something greater than ourselves.” 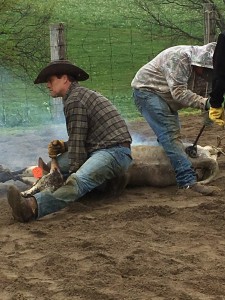 Two years ago, SEEDnet’s Nathan Wells paid a visit to a former bull-riding colleague to tell him about the church-planting ministry among spiritually, emotionally, economically, and developmentally oppressed areas. As Nathan shared his story, a blacksmith overheard him and commented, “Sounds like you are like you’re talking about me.”

Eventually, Nathan and Greg, the cowboy- blacksmith, began to meet for discipleship. That led to the development of a church that reaches the cowboy culture and beyond – Grace Ranch.

In the two years’ time since, Grace Ranch has extended to 25 committed members, including a solid team of leaders: Andy Shank, Mark Ritzman, and Larry White, in addition to Nathan Wells. Grace Ranch continues to grow in its quality and quantity, practicing the disciplines of teaching, preaching, fellowship and worship, and serving throughout its congregation. They are also working to grow other SEEDnet churches.

Grace Ranch is working “hard to develop believers into growing disciples of Christ in their home, job, and society in such a way that they are a gospel witness wherever they are.” 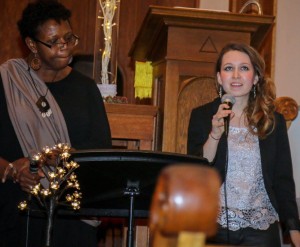 Often when a church forms, ministry grows out of the new gathering of believers. With Impact Church in Coatesville, Pa., it was the other way around.

Impact Church was born out of the mission of CPR-3 (now dubbed Breathe Partners), and Breathe Center, the local branch of the ministry in Coatesville.

“In 2013, I felt as though the Lord was calling me to plant a church,” explains Chandal Taylor, pastor at Impact. He was attending The Urban Ministry Institute (TUMI for short) and noticed that they were also an urban church planting movement.

“I connected with the leaders of this organization, and they came behind me in my vision,” he explains. At the same time, Dan O’Deens of CPR-3 reached out to Taylor, wanting him to come alongside the CPR-3 movement and offering to coach him in the process.

“I felt it was a great marriage in vision, so we set out to incorporate (at the time) Breathe Church into the ‘Breathe Vision.’”

And so a new church was born. As an elder-lead, Bible- teaching church, Impact has a weekly attendance of around 30. Originally called Breathe Church, the name is formally changed to Impact Church to keep the two entities ethically and formally separate, although they still work in close cooperation.

Almost four years ago, several leaders of SEEDnet, the Grace Brethren church-planting organization that is committed to establishing congregations in underserved areas, shared a heart for the ten most dangerous cities in the United States. High on that list was Detroit, Mich.

On one of their first trips to the Motor City, they were led to the St. Antoine Apartments, a high-rise project near downtown. St. Antoine reaches out to the poor, the drug addicted, and those facing spiritual, emotional, economical, or developmental oppression.

On that trip, the group met Derek. It was a cold winter day, and he was outside, changing the breaks on his car. “We asked if we could pray,” they report, “and God instantly tied our hearts together. Now Derek is a teacher/evangelist in our church.”

Pastor Andy Shank equips and encourages the church to push forward in church planting, while Mark Ritzman works with several men to shepherd and teach. Members dedicate their time to both the outreach and women’s ministries, and now they are all happy to take one step closer to becoming an official member of Fellowship of Grace Brethren Churches.

A strong future focus of St. Antoine is how the Grace Brethren should continue to reach African Americans in the United States. The congregation is highly encouraged by the opportunities the FGBC presents and is helping plant two other churches. In all locations, they keep their teaching and encouragement in the context of reaching people for Jesus Christ. 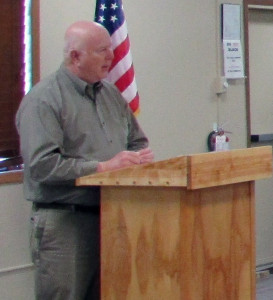 The church began in 2013 through the work of Vision Alaska as several leaders from other Grace Brethren congregations came together to help equip and teach. At the beginning of 2015, a second Bible study at the Sterling Senior Center was added, and Sunday morning services started in July 2015. The church continues to grow and has plans to initiate a program to minister to boys and young men this year.

Dr. Roger E. Holl, who is also the director of Vision Alaska, leads the congregation. As such, Sterling Grace works with this ministry to disciple leaders and grow new churches throughout the diverse regions of Alaska, including Seward, Homer, and Bethel.

The leadership at Sterling Grace has many goals in mind with the common mission of FGBC. All of these goals are geared toward raising the number of FGBC churches in Alaska. By establishing connections both nationally and internationally, Sterling Grace prays and hopes to accomplish as much, as a proud and collective member of FGBC!

This first appeared in the Summer issue of GraceConnect magazine, the publication for the people of the Fellowship of Grace Brethren Churches. A downloadable pdf version of this issue is available by clicking here. It also may be read online at issuu.com.  If you would like to receive the magazine delivered to you at no charge via U.S. Mail, click here to subscribe.