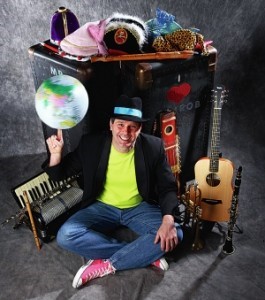 Mr. Musicmaker, a.k.a. Steve Makofka, is a Centerville based children’s entertainer who will offer a new musical program for children at Wasson Music Center in Centerville.

Steve Makofka, former pastor of the Grace Brethren church in Centerville, Ohio, is featured in his local newspaper this week. Here is an excerpt–to read the entire article click here.

Got bored kids? Send them to music class!

by Centerville-Washington Times on January 26, 2011

Mr Musicmaker, a.k.a. Steve Makofka, is a Centerville based children’s entertainer. He has performed for Centerville’s Parks and Recreation Department, as well as the Summer Arts Program, and is a popular guest at daycare centers throughout the region.

Gnirob Kids! is the educational component of his program. Gnirob is “boring” spelled backwards. It is defined as “the opposite of boring.”