A former Grace College student and employee who is now an Indiana State Trooper received kudos for going above and beyond the call of duty recently after an accident seriously injured a Kosciusko County, Ind., man. Master Trooper Joe McLaughlin stayed with the injured man’s children until another family member could reach them. (McLaughlin formerly served as campus security at Grace College and was a police office in Warsaw, Ind.) A portion of the story from the online news site, InkFreeNews, appears below. Click here for the complete story. 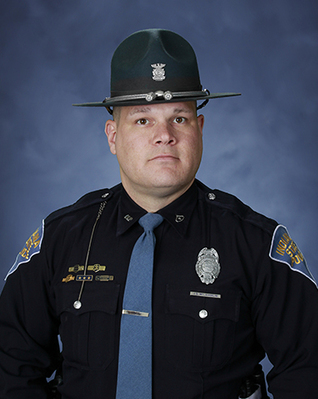 A Trooper from the Fort Wayne Post was asked to assist an ambulance crew this past Sunday morning, May 27,  as they were transporting an injured man from a race track in North Webster to Lutheran Hospital for injuries sustained in a crash while racing his four-wheeler.

At approximately 11:30 a.m., Master Trooper Joe McLaughlin met with the ambulance on US 30 near the Whitley/Kosciusko County Line and provided transportation for the injured man’s eight-year-old son and nine-year-old daughter so they would not have to watch as medics tended to their seriously injured father.

McLaughlin was able to use his own parental experience to talk with the kids in a compassionate way which made them feel more calm, comfortable and able to understand the situation more easily. Contact with a family member was made, but it was going to be a couple of hours before she could pick the kids up, as she would have been coming from Michigan City.