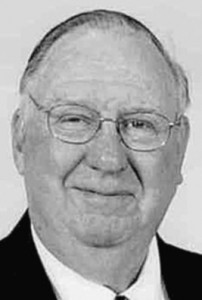 Born Wednesday, March 2, 1932, in Cresson, Pa., he was the son of the late Francis Nelson Mayer and the late Mary Marjorie Glass Mayer.

He graduated in 1949 from Altoona High School. He then graduated from Buffalo Bible Institute/Houghton College in 1958. Upon graduation, he was ordained into the gospel ministry. He was a minister at many churches, including Altoona Bible Church, West Wyomissing Chapel, and Hagerstown Independent Church. He retired in 1997 from Calvary Grace Brethren Church.

He also attended Narramore School of Psychology in Rosemead, Calif. He was involved in radio and TV ministry from 1962 until 2010. He was involved with the Eastern Ministerial Union of Central Pennsylvania. With two other ministers, Norm helped inaugurate the Washington County Fundamental Ministers Association and served on the board for the Gospel Mission of  South America. He was a true teacher of the gospel and in higher educational institutions for the local communities.

He was actively involved in the Washington County community for many years with the Hagerstown Fire Police and with sports officiating. He was a member of the Mason-Dixon Chorus and Rotary Club. From 1995 until 2010 he drove limousines, vans and funeral coaches for Kerfoot Livery Service and also for Classic Limousines.

He was preceded in death by son-in-law Ronald Upton.

At Norm’s request, inurnment will be private and at the convenience of the family.

Online condolences may be expressed at www.douglasfiery.com.