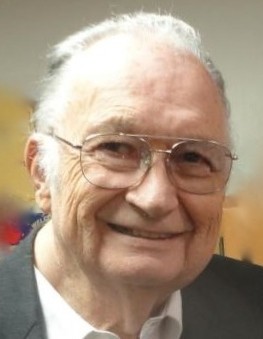 Robert served in the U.S. Army from 1954 – 1957 during the Korean Conflict. He graduated from Bob Jones University in Greenville, S.C., and Grace College and Seminary in Winona Lake, Ind. He was a teacher, principal, pastor, and missionary for the Fellowship of Grace Brethren Churches. His passion was music and children….he loved his family and had a passion for the Lord and people.

His funeral service will be conducted at 10:00 a.m. on Wednesday, December 27, 2017 at Redpath-Fruth Funeral Home and officiated by Chaplain Bryan Benjamin. Burial will follow with a graveside service at Oakwood Cemetery of Warsaw, Ind.

Memorial donations in Robert’s name may be directed to Grace Village Health Care, 337 Grace Village Drive, Winona Lake, Ind. 46590 and would be appreciated by the family.