From One Pastor to Another: Don’t Give Up! 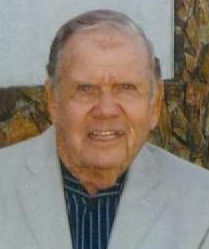 “Without a doubt God called me into the ministry. I have no option really. That’s why I keep on doing it.”

This June, Bill Smith (pictured at right) will celebrate 67 years of ministry. He has pastored eight Grace Brethren congregations, served 20 years as an evangelist, and five years as the director of evangelism for the Fellowship of Grace Brethren Churches, as well as more than six years coaching church planters with the now-defunct Grace Brethren Home Missions. He is currently pastor of the Grace Brethren Church in Brooksville, Fla., commuting an hour from Lakeland, Fla., where he lives with his wife, Phyllis.

“I grew up in Washington D.C. and at 10 or 11 years of age my parents started attending First Brethren Church in Washington D.C., pastored by Dr. Homer Kent, Sr.,” he reminisces. “I was saved when I was about 12 years old. I had good, strong Bible preaching and during the ministry of Bernard Schneider, I gave my life to full-time service. I was 17.

“I started preaching pretty soon after that. I felt God was calling me to ministry so I contacted the local jail, in downtown Washington D.C., and went there and preached.”

Bill’s passion for ministry only grew. He attended American University and Grace Theological Seminary, preaching on the weekends all the way through school. He was ordained in 1952 and met his wife, the former Phyllis Schumacher, in 1954. They were married in 1955. In 1958, in between evangelistic ministries he took his first pastorate in Compton, Calif.

Currently, God is blessing his small flock at Brooksville Grace. A relatively small church, Smith says that the Brooksville congregation includes many young couples and children (a sign, he says, of a thriving church).

There are spiritual children as well. “We have new people coming to the church every month,” explains Smith. And he takes his role as leader of his flock very seriously. “I’m in the word of God every day – I have to be. I give an invitation every Sunday. I’m continually witnessing.

“These young couples come to our church and they are blessed. Some of them have gotten saved and they start telling their friends. It’s the old story that the people themselves are bringing in the congregation. It’s New Testament Christianity.”

Smith has a passionate heart to encourage other pastors in their ministries. “I went to a pastor’s luncheon about four months ago, and there was a young man there who was very discouraged,” he explains. “He was about ready to leave the pastorate. I encouraged him to stick with it. ‘Don’t even think of giving up!’ I told him. ‘Don’t leave the ministry. Satan wants you to give up.  I’m almost 88 years old, and I’ve been in the ministry all these years. I wouldn’t think of wanting to give up.’”

That’s why his story needs to be told.

“I’m thankful,” he notes. “Not about ‘Bill Smith,’ but about the goodness of the Lord. I stand back and thank Him every day…he’s the one that’s doing the work.”