From Pastor to Chaplain: Adapting to Military Ministry

Chaplain (1st Lieutenant) Cameron Michael, one of the newest Grace Brethren military chaplains, is writing as he transitions from serving as a Grace Brethren pastor to active duty chaplain. Cameron is a 2011 graduate of Grace College. Following his graduation from Grace Theological Seminary in 2014, he began leading the Pauling, Ohio, campus of Grace Community Church (Kevin Pinkerton, pastor). He currently is stationed at Fort Bragg, N.C. Below is this month’s post. 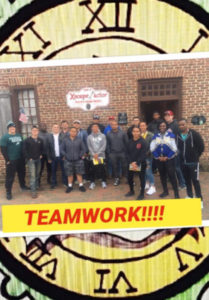 Chaplain Michael led a group of single soldiers on team building event. He is on the right, wearing a baseball cap.

The past couple of months have been incredibly busy as I have continued to adapt to ministry in the military. I conducted my first Memorial Ceremony (a key element of the chaplain’s job) for a soldier who had died. This was made more difficult because he was not assigned to my unit, but a unit without a chaplain. I learned I had to quickly create relationships to support so many soldiers through a very difficult time.

Another Army requirement led me to teach suicide prevention classes several times. Although many in the Army are qualified to teach suicide prevention, but it often is conducted by chaplains due to our relationship with the soldiers in our unit. This is one of those times that we can’t overtly talk about God or Jesus, but I was able to teach on the value of life in a way that only a believer can.

I have also had happier moments — helping people coordinate weddings, leading retreats, and more. My counseling load has increased as soldiers become more comfortable with me and trust me more. Much of this is either marriage related or helping men and women adjust to the expectations of being a soldier. I struggle with having words to truly help someone who finds that being a soldier wasn’t quite what they hoped. 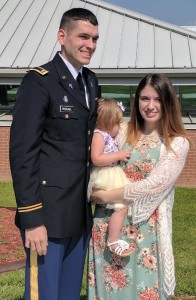 I have had the opportunity to take another group of single soldiers on a team building event. We conquered several escape rooms and then learned to get along with annoying people and how to lead as a follower. I also recently conducted another marriage retreat teaching Gary Smalley’s “5 Love Languages” to help improve and strengthen marriages — a key to resiliency for our soldiers.

With Thanksgiving and Christmas, I have had the privilege of helping many soldiers through programs set up on base for them. Each year the chapels of Ft. Bragg give money to help soldiers buy groceries. I have also led a class of Dave Ramsey’s Financial Peace University, with the hopes of helping young soldiers be financially responsible for Christmas and the rest of their lives.

My wife Kerrie has taken on leadership of the company Family Readiness Group (FRG), which seeks to create relationships among family members of the soldiers. This is a very difficult task, and she has done a great job restarting what had been a non-existent FRG. She has also become very involved in Protestant Women of the Chapel (PWOC), a group of Bible Studies for women connected to the military. She is doing a great job adjusting to the role of military wife.

We can’t believe how quickly this year has passed. Thanks for your prayers.