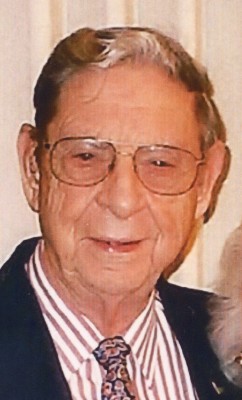 Ed served in the Marines during World War II. In 1948, he joined the Ohio State Highway Patrol attaining the rank of lieutenant. After 22 years he left the “troops” to go into fulltime Christian ministry, which spanned more than four decades. Pastor Ed served churches in Kenai, Alaska; Orlando Fla.; North Pole, Alaska; Findlay, Ohio, and then to Winona Lake, Ind., where he served with Grace Brethren Home Missions. He continued his ministry as missions pastor at Grace Polaris, Westerville, Ohio, and Grace Church, Powell, Ohio, during which time he made several trips to the Central African Republic.

With Ed’s heart for church planting, his family requests in lieu of flowers, contributions be made to Vision USA, Grace Church Powell, or on line at visionusa.org.