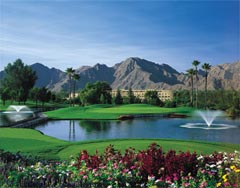 Dr. Larry N. Chamberlain, president of the Grace Brethren Investment Foundation (GBIF) in Winona Lake, Indiana, has announced that GBIF is sponsoring a seminar on grant-writing at this year’s Celebrate06 national conference in Palm Springs, California.

Chamberlain says this session, offered on Sunday afternoon, July 30, from 3-5 p.m., would be very helpful for church-planters and career missionaries who wish to gain some insights into the potential rewards from grant writing to help support their initiatives. Christian school administrators, senior pastors, and organizational fund-raisers will also find the information to be helpful, he says.

Jeffrey Rodman, the presenter, comes highly recommended by Tim Boling, President and CEO of Christiangrants.com. Rodman’s focus will be on helping churches and Christian ministries to understand the grant-writing process, offering helpful information gained from his extensive experience in working with religious not-for-profits.

Jeffrey J. Rodman, M.Ed., MAC, LPC, is an experienced grantwriter, fundraiser, and public speaker. He provides private consultation for grant proposal writing, nonprofit formation and development, and fundraising nationally and internationally and has worked on proposals to federal, state, and local government as well as to foundations, civic groups, corporate donors, and many others.

He has written over 100 proposals, secured over $7 million as a consultant, has had 84% of his proposals funded, and has secured 93% of the dollars for which he has applied.

GBIF has also announced that in 2007, Tim Boling will be presenting a three-hour session at Equip07, which will be held in Winona Lake.

Chamberlain says, “These presentations in 2006 and 2007 are sponsored by GBIF with the primary purpose of helping our colleagues in the Fellowship to achieve their fund-raising objectives in support of their worthy ministries.”

Registration information for Celebrate06 is available at www.celebrate06.com.