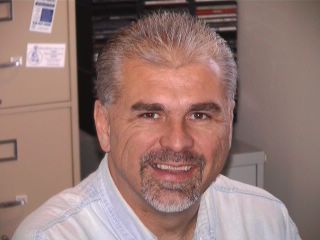 Grace Brethren North American Missions is beginning a new era with a new executive director and a recently-reorganized board structure.

Larry Chamberlain will continue to lead Grace Brethren Investment Foundation. Dr. Tim Boal, pastor of Penn Valley Grace Brethren Church in Telford, PA, has been named the new executive director of GBNAM, and a structure of parallel but linked boards has been created.

GBNAM will now operate from two locations, according to Boal, with some employees in Winona Lake, IN, and others in Telford, PA.

The Pennsylvania office, housed in the Penn Valley church building, will include Boal as Executive Director, Randy Disert as Director of Finance, and a yet-to-be-named Development Director.

Boal intends to create a “Key Church Network,” he says, in which 7-12 locations will become regional church-planter and training centers. A larger presence in colleges and seminaries will be created in an effort to recruit more young church planters.

The disposition of the GBNAM building in Winona Lake has not yet been decided, Boal says, but it is likely it will be sold. “It’s our effort to cut overhead so more dollars get to the field,” he says.

For now, Boal will continue to pastor the Penn Valley church because of his conviction that the mission of church-planting belongs to the church. “I want to be a working pastor alongside others who are planting churches,” he says. “I invite other pastors to join me in this effort.”

He says GBNAM also hopes to become more of a granting agency to help fund church planters. The goal, he says, is to be able to plant more churches than the Fellowship is losing by attrition, with the hope of doubling the number of churches by 2017.

He emphasized that GBNAM and GBIF, as sister organizations, are “very much committed to each other.” He indicated that GBNAM’s goal is to work effectively and efficiently in cooperation with all the local churches and national organizations of the Fellowship. The GBNAM website is www.gbnam.org.