An announcement of the 65th wedding anniversary of former Charis Fellowship missionaries, George and Jane Peters, is included in yesterday’s Columbus, Ohio, Dispatch. The Peters’ served for a number of years in the Central African Republic. A portion of it appears below. Click here to read the complete article. 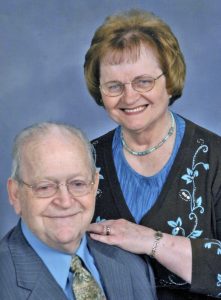