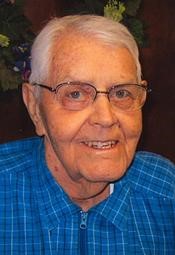 Reverend Gerald B. Polman of Grace Village Retirement Community, Winona Lake, Indiana, passed away on Wednesday, February 8, 2012, at 7:20 a.m. at Grace Village Health Care at the age of 89.

Gerald was a graduate of South Side High School in Fort Wayne, Indiana. He then continued his education and graduated from Bob Jones University in 1943. He received his Master of Divinity in 1946 from Grace College and Seminary in Winona Lake, Indiana. He served as a student pastor at two churches, Danville, Ohio and Fort Wayne, Ind.

During his 43-year pastoral ministry, Polman served Grace Brethren churches in Meyersdale, Pa.; York, Pa.; Glendale, Calif.; Rialto, Calif.; Englewood, Ohio; and Lansing, Michigan. He retired in 1986, although he continued to travel with his motor home to help churches as an interim pastor.

He was a Grace Brethren pastor, retiring in 1986, and moving to Kosciusko County, Indiana from Lansing, Michigan. Rev. Polman was a member of Winona Lake Grace Brethren Church, an active stamp collector at Grace Village Retirement Community, as well as belonging to the National Philatelic Society.

Visitation will be Friday, February 10, 2012, from 2 – 5 p.m. with his funeral service to follow at 5 p.m. at Redpath-Fruth Funeral Home, 225 Argonne Road, Warsaw, Indiana. His service will be officiated by Pastor Bruce Barlow, and Chaplain Bryan Benjamin.