Gerald Polman With the Lord 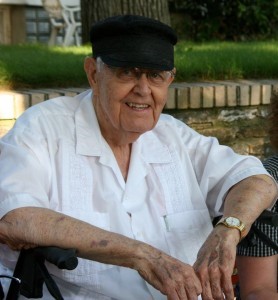 Longtime Grace Brethren pastor Gerald Polman is with the Lord, according to reports received by BMH. A resident of Grace Village Retirement Community in Winona Lake, Indiana, he died at 7:20 Wednesday morning.

Gerald had not been doing well since last Wednesday. All family members are rejoicing for Gerald and doing well. Arrangements are pending. Please pray for the family.

Polman experienced a severe fall in June of 2010 in which he broke both legs and had surgery. Prior to that time, he had been active in Grace Village events and was a volunteer guide at the Reneker Museum of Winona Lake History in Westminster Hall on the Grace College & Seminary campus. FGBC World featured a story on Polman when, leading a tour group in November of 2005, he discovered that Billy Graham’s daughter, Ruth, was in the tour group when he asked whether anyone recognized a photo of the young Billy Graham.

Details on services and survivors will be posted as they become available.