A sister group to the Charis Fellowship (Fellowship of Grace Brethren Churches) is preparing to meet this weekend in the Roanoke,  Va., area. The Old German Baptist Brethren is holding their annual conference on an area farm, which is being hosted by the Eastern District of the group. The Old German Baptist Brethren, like the Charis Fellowship, traces its spiritual heritage to Alexander Mack and 1708. It is is one of the groups (along with the Charis Fellowship) which participates in the Brethren Encyclopedia Project and the Brethren Digital Archives. Below is a portion of a report from the Roanoke Times about this week’s meeting. Click here to read the complete article. 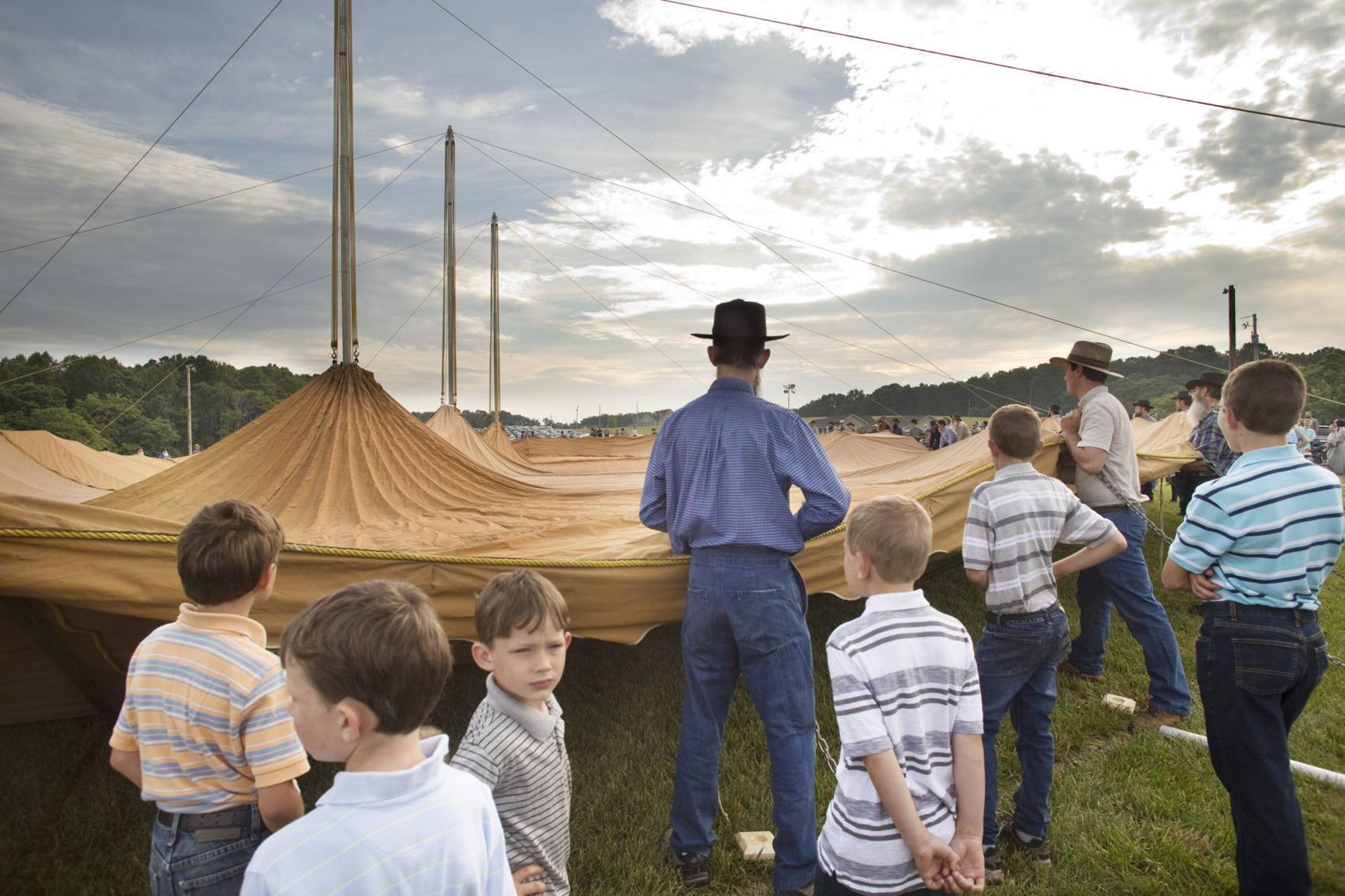 Two large tents were erected early Thursday morning on Chester Bowman’s farm. This tent, the larger of the two, will be used for worship by the thousands expected to congregate for the event, which runs from Saturday to Tuesday. STEPHANIE KLEIN-DAVIS | The Roanoke Times

ROCKY MOUNT — Men clad in the traditional German Baptist attire encircled the edges of a 55-year-old canvas tent and readied to raise it.

The process begins with a job for the younger brethren, who scurry underneath the fabric, head for the poles at the tent’s center and begin to tug on the ropes. The pulleys squeak and the canvas begins to rise.

The tent-raising signals the start of the Old German Baptist Brethren Church annual meeting, which coincides with Pentecost.

The event, which runs from Saturday through Tuesday, draws church members from as far away as California and Washington. This year it’s hosted by the Eastern Districts of the brotherhood. The location for the annual meeting rotates across the country to areas with large concentrations of brethren.