“Sports either bring out the best of the worst in you – and people are watching.” 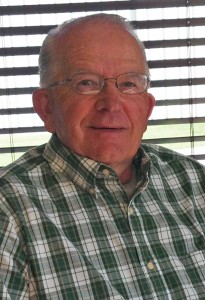 “I was concerned that some of the things that I was seeing weren’t glorifying Christ,” he said. “I thought there is a real need in the Christian realm to help coaches and athletes have a good testimony.”

The devotional, written in 2000 for athletes and coaches, was inspired by Coach John Wooden’s renowned pyramid of success. Schuler sought an organizational model that could be used to illustrate the different devotional concepts that he was trying to convey to the players while he was coaching. 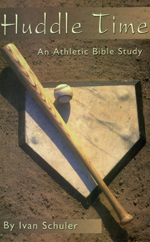 “There are a lot of similarities between being on God’s team and being on an athletic team,” Schuler continues.  “I think what I tried to do is show those similarities and relationships,” he said. “It uses a practice theme as an analogy to how to study the Bible, and it’s a very nonthreatening way of sharing the gospel.”

Schuler used this tool while he was coaching at Biola University and Grace, and has distributed it to athletes and coaches over the years. He gave a copy to star athletes like Shanna Zolman, star athlete at the University of Tennessee and later a professional basketball player for the Tulsa Shock who, after reading the devotional, purchased more for her entire team.

“There’s been lots of feedback on how people who used the devotional appreciated being able to grow spiritually as well as physically and mentally while being part of an athletic team,” Schuler says.

Ivan and his wife, Carol, recently moved to a condominium at Grace Village in Winona Lake, Ind. They are members of the Winona Lake Grace Brethren Church (Bruce Barlow, pastor).

To obtain a copy of this devotional and the coaches supplement ($8, which includes shipping and handling), contact Schuler directly at jicaschu58@gmail.com or by calling 1-574-269-0673. – by MariJean Sanders

This story first appeared in the GraceConnect eNews, week of September 23, 2013. To get your news first, subscribe to the eNews by clicking on the button in the upper right corner of this page.