The GOAL (Grace Opportunities for Adult Learners) program at Grace College is featured in a story at the online news site, InkFreeNews, this week. A portion of the story, which features Susanna Metzger, is included below. Click here to read the complete story.

Stepping Out Of Hard Seasons With Hope 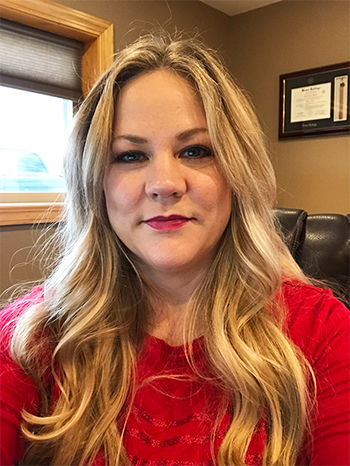 In 1995, eighteen-year-old Susanna Metzger eagerly began her second semester of college at IPFW, planning to study accounting. But when she received the news that she was pregnant, her college education was put on hold. Although unexpected, she loved being a mother to her daughter. Three years later, she had another child, a son. Susanna worked part-time for her dad’s trucking company. There, she was given a host of responsibilities like payroll, event planning, and accounting. This job and her family kept her busy for the next 20 years: responding to the demands of a family business, keeping things running smoothly from the back end, being a wife, and being a mother to her two children.

Fast forward to 2010, Susanna was riding her bike on the Winona Lake trails when she flipped over her handlebars after hitting a fallen tree. Her clavicle was dislocated, and she had severe neck pain. She went to see her doctor who ordered an MRI. When the doctor called with the results, he said, “Your shoulder pain will have to wait. We found something that needs your attention. There is an unusual growth on your thyroid.” After a biopsy, they found out that Susanna had thyroid cancer.

Surgery and radiation followed. As a result of her radiation treatment, Susanna spent an entire week isolated in her home – no visitors allowed. It was in that week that she had plenty of time to think, and ask herself, do I have any regrets? What decisions have been left unmade? At that moment one thought flooded her mind: “When I get better, I need to make some changes in my life.”

In the name of setting a good example for her children and furthering her career, Susanna resolved to go back to school.

When it came to choosing a program, Susanna at least knew where to start. Her older brother, Matt, had been enthusiastic about his experience at Grace’s GOAL program: a degree completion program for adults. However, with two young children at home and recently divorced, she didn’t see how it would work. Reluctantly, Susanna called Grace’s admissions and was thrilled to find out the GOAL program met once a week on the very night her children went to dinner at their father’s house. As Susanna put it, “It just seemed like it was meant to be!”