It’s primary election day in Indiana and at least one Charis Fellowship church was a polling site for their community. The Goshen, Ind., News reported that voting was slow at Grace Community Church (Jim Brown, senior pastor). A portion of the story appears below. Click here to read the complete article. 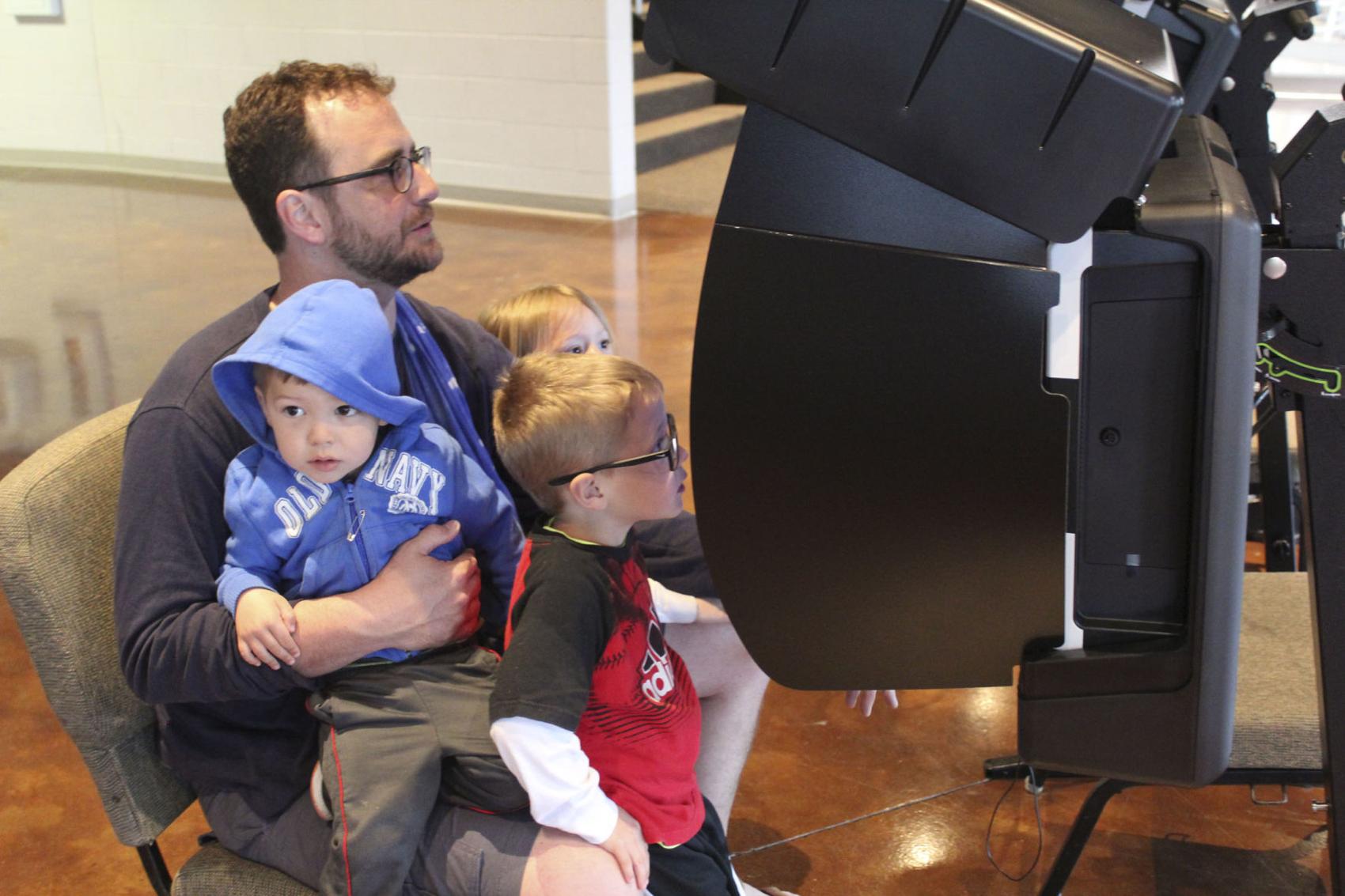 Aaron Gerber casts his vote at Grace Community Church Tuesday morning with the help of some youngsters. With Gerber are, from left, Elam Stoltzfus, 2, Lisa Gerber 3, and Eli Gerber 5.

With just one contested City Council race on the ballot, voters in other districts had just uncontested candidates to vote for.

“(It’s) painfully slow this morning. said poll facilitator Terri Wentz. She was working at the vote center at Grace Community Church in Goshen. At 10:20 a.m. only 40 voters had cast their ballots.

At the Greencroft polling center, about 120 votes had been cast by 11 a.m. Poll workers there said voters had been arriving in small groups, where in past elections there was a steady line of people waiting to vote.

But the new voting machines being used for the first time seemed to be a hit with voters.

“It was really easy,” said Pat Guidi after casting her ballot at Grace Community Church.